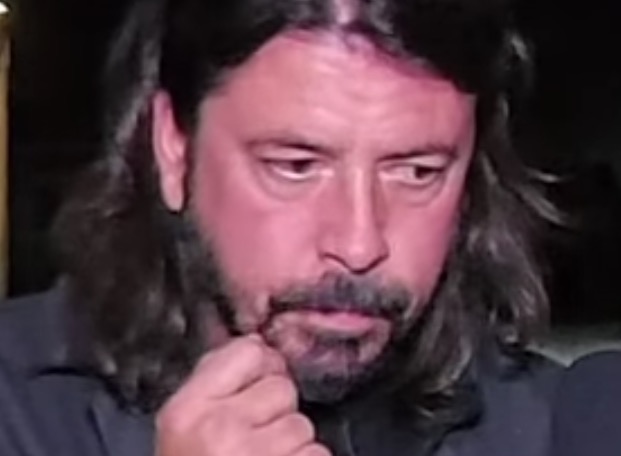 Foo Fighters‘ original drummer was William Goldsmith, and he departed the band in 1996, but he was almost replaced as just as the band formed. There has been talk of Josh Freese, but Pixies drummer David Lovering confirmed to Westword that that he had a ‘second party’ offer to join the band. System of a Down’s singer turning down a Dave Grohl tour was just revealed.

Lovering told Westword.com, “I just don’t think it got to a full-on level. I got asked to play I think by a second party. I don’t think it was direct and I don’t think I ever answered it. I think I was doing something else at the time.”

Taylor Hawkins discussed Rush in a new Classic Rock magazine interview. Classic Rock asked, “Your love of Rush is well-documented. In fact, you, Dave and producer Nick Raskulinecz paid tribute to the band during their induction to the Rock & Roll Hall Of Fame in 2013. Would it be safe to assume you were levitating that day?”

Hawkins responded, “It was heavy, man. We had a laugh with dressing up [as 2112-era Rush, kimonos and all] but that took the pressure off. It was beautiful, and another one of those days where you kind of catch yourself and say, ‘Don’t forget, you don’t deserve this, you get to do this.’ I’m sure there were plenty of other bands that came up loving Rush, saying, ‘Why didn’t we get to fucking do it?’

You know what, though? I think we did a good job and represented them well. Me and Dave grew up loving Rush. They’re a great band for when you’re a kid and you’re trying to learn as many licks as you can. There’s plenty someone can learn from a Rush record.” A Foo Fighters member recently discussed being ‘erased’ from an album by Dave Grohl.