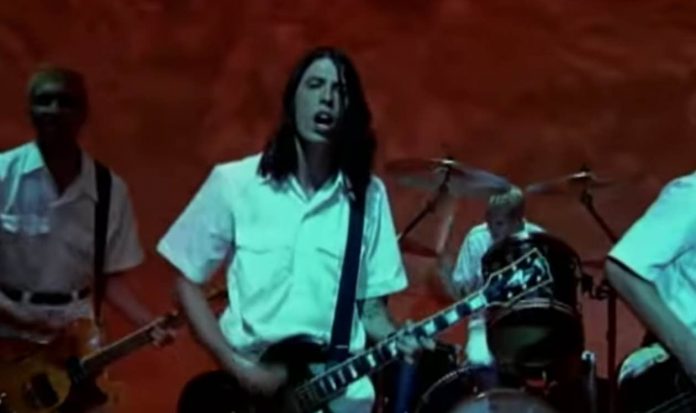 Former Foo Fighters members William Goldsmith and Franz Stahl will not be inducted with the band when they enter the Rock and Roll Hall of Fame this year. Goldsmith was a founding member and toured the self-titled debut album, while Stahl took over for Pat Smear for the second half of The Colour and the Shape tour.

gohomebrentyourdrunk commented on Reddit, “Eh, I see some upvotes but I don’t concern myself with all that on Reddit. Say what you say, if it does get downvoted it’s likely more of a reflection on the people taking issue with it than the person saying it (unless it’s pure hateful shit that deserves to just be downvoted to hell).

That being said, I was 11 when Grohl was rumoured to be releasing a foo fighters album and I was stoked. I remember my older brother got tickets to a show with his buddy at some small venue in Hamilton Ontario (I think before the album release), and when they found out that Dave was the front man and not the drummer, they decided not to go! I was too young to go, but foo fighters was my favourite album for years, and then when the colour and the shape came out, it blew my mind!

So hearing that that new band featuring the drummer from nirvana is now in the rock and roll hall of fame….. it makes me feel old 🤷‍♂️.”

DarkestDayOfMan wrote, “I’m obviously stoked that Foo Fighters are in and it’s well deserved. But I’d be lying if I said I wasn’t bummed that fucking Jay-Z is getting in before both Iron Maiden and Rage Against The Machine.”