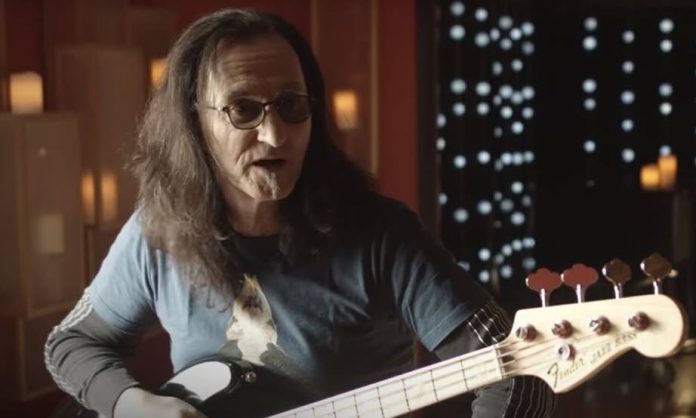 Classic Rock Magazine wrote, “He holds up his phone to show me a photo of a vintage Rush ticket for a gig at Manchester’s Free Trade Hall in 1977. ‘All The World’s A Stage tour, I’d guess.’ A quizzical furrow forms a line between his eyebrows. ‘One pound fifty, wow! We went to Wales to record A Farewell To Kings after that.'”

Geddy Lee recently reacted to a male fan getting flirty with him. “The Free Trade Hall, that’s a hotel now,” someone says to the Classic Rock wrter on the stage at the packed out Dancehouse theatre that night, the venue doubling up as the interview room and a signing stage. Rush are playing through the venue’s PA as Geddy signs and fist-bumps his way into the night. You can read the full article at Classic Rock Magazine.

Rush retired at the conclusion of their massive 2015 tour, as Neil Peart retired from touring, despite Geddy Lee and Alex Lifeson wanting to continue. Peart did it for health reasons, as he wanted to bow out gracefully rather than start to show his age and issues live onstage. While Rush fans have been saddened, Peart did go out on top, and is remember as quite possibly the greatest drummer of all time. A Rush member recently made a painful health revelation.