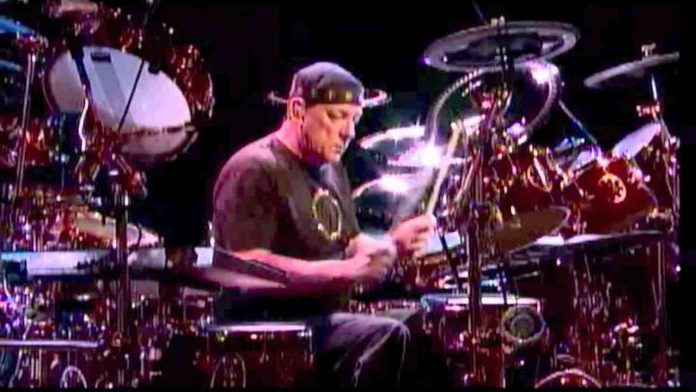 A rare photo of legendary Rush drummer Neil Peart backstage at a concert has been revealed by photographer Ross Halfin in honor of his birthday. Geddy Lee made a bold Rush reunion tour fantasy claim yesterday.

Mark Preston said, “Happy 67th birthday, Neil Peart. Thank you for your deep, intellectual songs, and striking, versatile, powerful drumming that drove the audacious spirit of Canadian rock band Rush. You are forever a master lyricist, and one of the greatest drummers of all time.”

Geddy Lee recently revealed where Neil Peart is hiding. Donna Halper tweeted, “It’s Neil Peart’s birthday. Many Rush fans felt bad when he retired, but his health had to come first. These days, he’s enjoying life, hanging with friends (including Alex & Geddy sometimes) and relaxing. All of us are sending Neil love on his special day.”

Mama Sage wrote, “HAPPIEST OF BIRTHDAYS TO THE MAN WHO DOES NOT KNOW OF MY EXISTENCE BUT WHOM I FEEL IS A SPIRIT BUDDY FROM ANOTHER LIFE. LOVE YOU #NeilPeart.” Sarge commented, “Happy Birthday to Neil Peart, the greatest drummer and songwriter to ever walk this galaxy.”