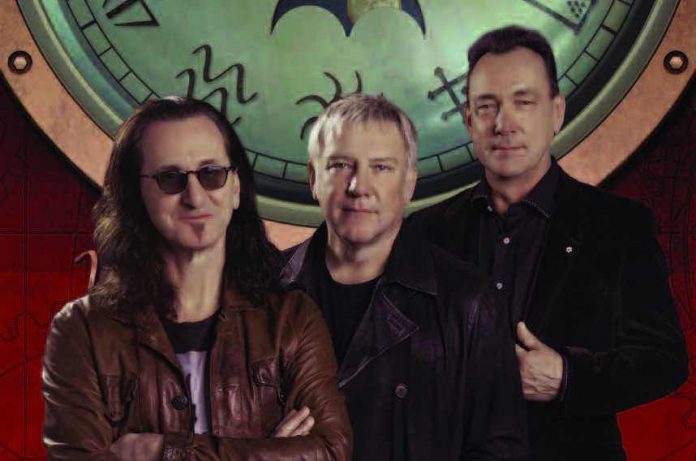 Rush frontman Geddy Lee recently took to social media via Instagram for some ‘shameless’ self-promotion! The Rush singer wanted everyone to know that his latest signature pedal was voted by the readers of No Treble E-Mag as the number one favorite bass and effects pedal of 2019. Rush member sad ‘dementia’ claim revealed.

Lee wrote in a statement: “Breaking news from the Shameless Promotion Dept. (warning..this is really nerdy) .. I was very pleased to see that my Signature SansAmp YYZ Pedal (which is a stompbox version of my rack-mountable SansAmp GED-2112 Pre-amp…see? Told you it was nerdy) was voted #1 Fave Bass & Effects Pedal of 2019 by the readers of No Treble E-Mag… that’s pretty cool eh?.. so thanks to the readers and appreciative “Bass Folk” out there…glad you are diggin’ the gear!”

In other news revolving Geddy Lee and Rush, fans recently took to social media to discuss the legacy and impact of one of the group’s most beloved albums – Permanent Waves. One fan said: “Here is the dark horse of Rush’s masterwork period, starting with “2112,” & ending with “Moving Pictures.” Rush fan reveals what Geddy Lee did to his mom.

“Permanent Waves” is filled with inspirational music in it’s short 38-minute running time. It has enough ideas to fill a recording two times its length. Here you’ll find some of Rush’s most complex playing, & Alex Lifeson really shows us what an all commanding monster on the guitar that he really is! Many of his solos are brilliant ascending crescendos, of intuitive genius! Lifeson knows his guitar better than most people know their selves! Making his guitar an extension of his soul through his body in a monumental flurry of magnificent notes. This may be Lifeson’s best performance on the album! Geddy Lee & Neil Peart are right behind him, laying down a massive foundation of solidness that will withstand the test of time for Lifeson’s soaring guitar! The combination of the three, a pinnacle of masterful talent!

Rush singer Geddy Lee ‘ready’ for return with new drummer. The fan continued: “All the songs here are masterpieces of musical integrities of the instrumental & lyrical kind. My favorite song on this album would probably be “Jacobs Ladder,” with it’s imposing opening & lyrical content, escalating in an all-out assault on the ears & the mind. Epic in its sweep & emotion. This is one of Rush’s finest songs, truly capable of sweeping you away in its a musical vortex! Yes, “Permanent Waves” is the dark horse of Rush, but what a ride! Turn your stereo up loud, & buckle in, as the sea of music that lies within this album is a maelstrom of swirling notes, beats, & ideas! Hold on!”