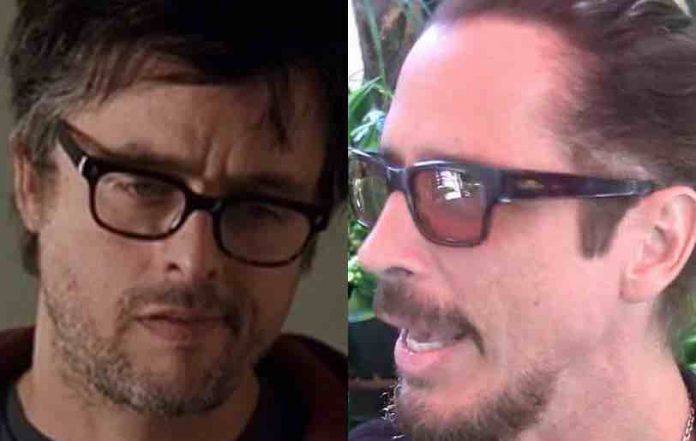 Green Day singer Billie Joe Armstrong claimed that he doesn’t have the ‘dark tendencies’ that Chris Cornell and Chester Bennington had, and he doesn’t envision himself dying by suicide like them, despite his struggles with addiction and anxiety. Chris Cornell’s last email to a Soundgarden bandmate was recently revealed.

A new Q magazine article states, “Armstrong puts his problems with drink and drugs down to a need to deal with ‘anxiety issues.’ Presumably those issues haven’t gone away? ‘No,’ he says. ‘I just have to deal with it. I have moments [laughing]. Middle-age moments.’

There were other reasons for self-medicating. ‘There’s a lot of PTSD that’s happened in my life. Growing up in difficult circumstances, without parents around. But I’m dealing with it.’ Did the suicides of peers like Chris Cornell and Linkin Park’s Chester Bennington affect him? Was he on that same path at any point?

‘No, I don’t think so. I don’t have I have those kind of dark tendencies where I would kill myself. Self-destructive, yeah, but I’m not going to take myself out.'”

You can call the Suicide Prevention Lifeline at 1-800-273-8255. Bja98 posted on Reddit recently about the new Green Day album Father Of All…, “Unpopular opinion: I actually LOVE the new album. I love the sounds, I love the way Billie sings, I love the melodies. I can’t stop listening to these songs. They are energetic, fresh, fun. It’s certainly different, but why is that a problem? I’ve been a fan for 15 years now (I’m 22), and I can say I am not disappointed at all. The only problem is that it’s too short.”

Potlah responded, “Just a reminder that just because a big reviewer, the community or your friends doesn’t like something, that does not automatically invalidate your own opinions and prefrences.”

TheJackster0236 chimed in, “Even though I kinda hate the new album this is very true, while most of the community including myself may be disappointed, the fact that you can enjoy it makes it something of your own. Form your own opinions!” Billie Joe Armstrong was recently caught spitting into a Green Day audience.