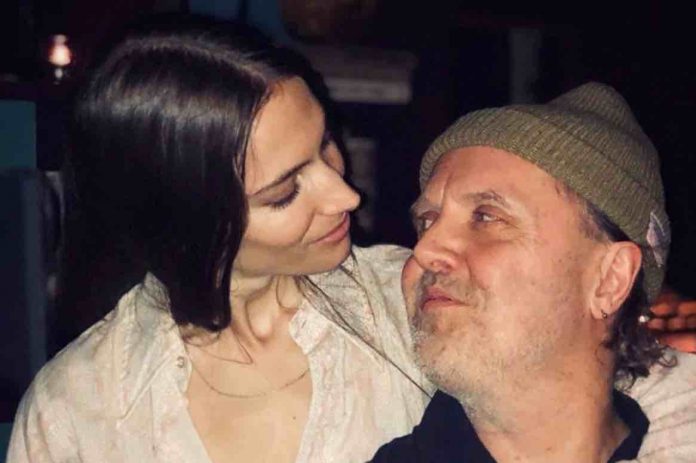 Metallica member Lars Ulrich‘s wife, Jessica Miller took to social media via Instagram to reveal these beach shots in recent photographs posted by the Metallica spouse. You can look at the photo below. A Metallica icon revealed an ‘overweight’ Lars Ulrich photo recently.

In other news regarding Lars Ulrich and Metallica, one fan recently took to the subreddit of the band to find out the meaning behind one of the group’s most acclaimed songs – ‘Where The Wild Things Are’ as Beren_and_Luthien wrote: “So I’ve been listening to Where the Wild Things Are for a long time and I really, really dig the song. Every time I listen to it I wonder what the lyrics are about though, so I thought I’d make a post here. Does it have something to do with a child growing up, not ready for the world? And off to “war” because it can be a harsh and cruel place to them? Lars Ulrich was caught sitting on the lap of a female Metallica fan in a photo.

As one fan pointed out in reply however, the meaning isn’t as deep as some would originally like to believe. Fellow Reddit user tyrion063 responded: “I am pretty sure it is about the children’s book by the same name. Where the Wild Things Are. Where the Wild Things Are is a 1963 children’s picture book by American writer and illustrator Maurice Sendak, originally published by Harper & Row. The book has been adapted into other media several times, including an animated short in 1973 (with an updated version in 1988); a 1980 opera; and a live-action 2009 feature-film adaptation, directed by Spike Jonze. The book had sold over 19 million copies worldwide as of 2009, with 10 million of those being in the United States. Sendak won the annual Caldecott Medal from the children’s librarians in 1964, recognizing Wild Things as the previous year’s “most distinguished American picture book for children”. It was voted the number one picture book in a 2012 survey of School Library Journal readers, not for the first time.” Jason Newsted being disrespected at a record store was just revealed.