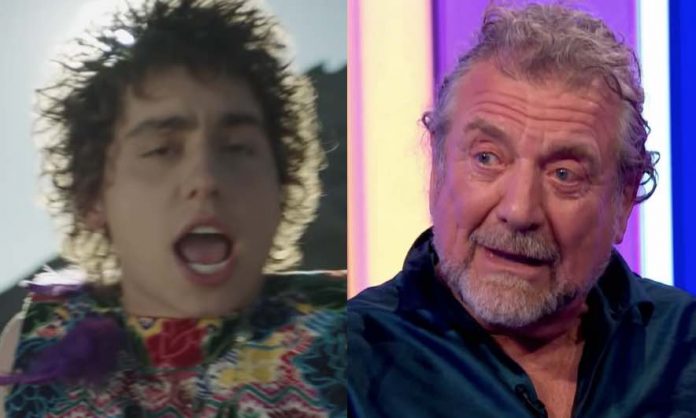 Greta Van Fleet have been accused of ripping off Led Zeppelin, with Robert Plant even poking fun at them. Robert Plant’s heartbreaking funeral photo was recently revealed.

The Morning Call wrote in an interview with Greta Van Fleet bassist Sam Kiszka, “While Greta Van Fleet’s music has brought it quick success, it also has brought criticism that the band is simply aping Zeppelin. Even Zeppelin singer Robert Plant, in an interview with Australian radio, said with an eye roll that Josh Kiszka’s vocals were ‘borrowed from someone I know really well.’ Sam Kiszka in the interview acknowledges the Zeppelin influence.”

Kiszka responded, “I think that we consider Led Zeppelin probably the greatest rock ‘n’ roll band of all time,” he says. “You know, the way that they wrote songs, and the way everything sounds and the way they operate in a studio and live – I think we can all really appreciate that.”

A Greta Van Fleet member kissed an older man in a resurfaced photo. Usagi75 reviewed the new Greta Van Fleet song “Always There” on the SteveHoffman.TV forums, “I`m listening for the fourth time… I dig it! A good as anything on the album. Their music just has a great energy to it… I always look forward to anything new they release. Listening to this new song got me playing Anthem Of The Peaceful Army again.

There are definitely some great songs, but I’ve never liked it as a whole as much as the From The Fires EP. It seems much longer than the EP, yet it`s really only two songs and 13 minutes longer. Perhaps because some of the songs take longer to get started, it has a slower feel to it as a listening experience. I keep thinking of how I might personally re-sequence it as an EP, but every time I do, I can`t think of what I`d really change or put in a different order. I would say the EP was a slam dunk and the album was very good.

I do like it more and more every time I listen. ‘Brave New World’ is a new favorite song. I consider it a good sign that I`m still playing it almost a year after it was released.”

You can read the full interview at MCall.