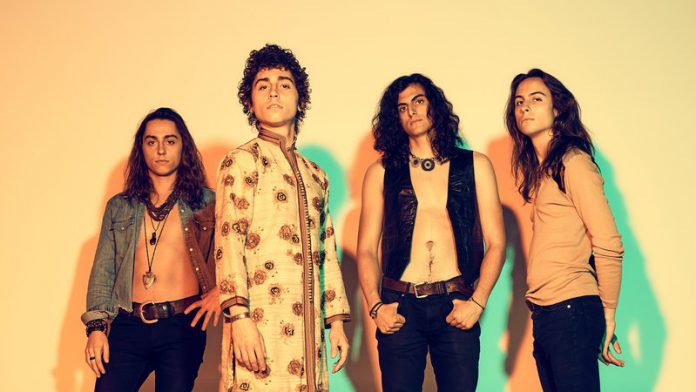 A Greta Van Fleet member appeared to be resting his eyes backstage at a concert as singer Josh Kiszka worked on the setlist in new dressing room photos.

A Greta Van Fleet fan recently ventured over to the Led Zeppelin Reddit in defense of the band. A Greta Van Fleet member exiting the band after failing to attend a rehearsal was revealed yesterday.

ProbablyHighAF posted, “A few questions and some statements. As a younger Zeppelin fan, I’ve always wondered a few things about this sub and since I’ve been drinking tonight, I thought it’d be a good time to post this. Has anyone ever done a straw poll about the average age of this subreddit?

A) I’ve always been curios, personally I always think of internet communities such as Reddit being fairly young but I think of all subreddits this one could have a fairly unique blend of young and old. (Greta Van Fleet singer Josh Kiszka threatening to quit was revealed a couple of weeks ago.)

I know it isn’t a Greta sub and it’s been discussed before but I’ve never understood the hate. As a younger person who was introduced to Zep by my parents preferences, I’ve always looked for bands that are active and making harder rock like Zep did and personally I think GVF does.

I’ve also never understood the pushback to GVF considering every musical act ever has drawn inspiration and even the best artists ever have credited their sound to other bands that they usually heard during their formative years so it only seems natural that GVF pulled inspiration from the best band of all time and I don’t think they are trying to rip off Zep but use that inspiration as a way to keep that style of hard rock alive Sorry for the rant because I’m pretty intoxicated.” Greta Van Fleet made a bold The Who claim a few days ago.