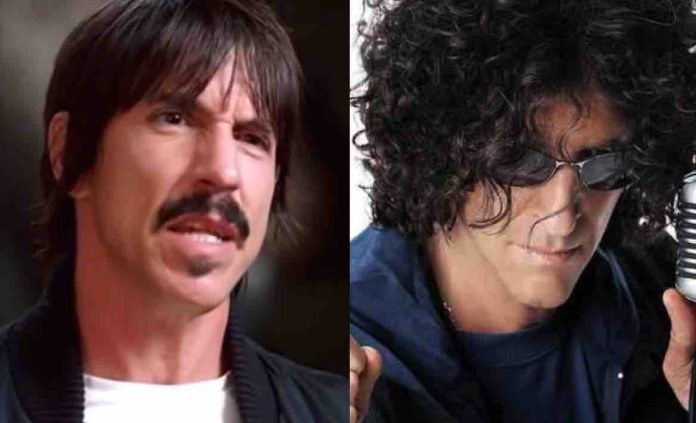 Howard Stern recently discussed the Grammys, and talked about Red Hot Chili Peppers frontman Anthony Kiedis being disrespected when they barely showed his face on camera during a performance with Post Malone. He also discussed the Oscars.

According to a MarksFriggin.com recap, Howard said Rami Malek made a nice speech. Robin said he fell off the stage. Howard said he didn’t know that. He said something good finally happened. He said it’s so boring otherwise.

Howard said Bradley opens up the song and he’s singing and he’s wondering when they’re going to cut to the front shot. He said he couldn’t see a performance. Howard said Lady Gaga starts to sing and they’re at the side of her head. He said the whole song is about them looking at each other and you don’t see them looking at each other. He said if he was teaching directing at NYU he’d show this tape to show what not to do. He said there’s nothing complex about this. He said he wishes he could write his congressman about this. He said at one point Bradley is singing and he’s looking at Lady Gaga’s ear lobe. He said that Bradley is in this huge movie and he’s singing this song for a dead character. He said that he missed the whole moment because of this director.

Howard said if he’s singing then shoot him from behind. He said he understands that. He said Lady Gaga and Bradley are staring at each other but you don’t see it. He said this drove him nuts. He said it’s the same with whoever directed the Grammy’s. He said that the musical performances were very good on that show but you couldn’t see anyone. He said these people did duets on the show and they throw the director for a loop. Howard said there were great performances on the show and you can’t see anyone. He said these guys don’t know what they’re doing. He said it’s very simple to cover a performance like that.