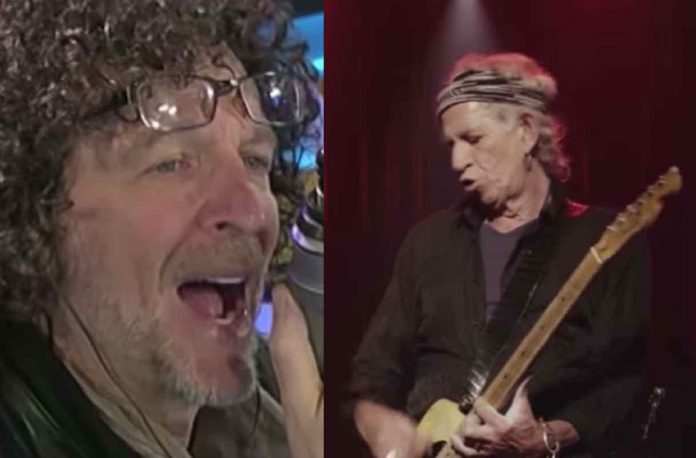 Howard Stern recently discussed The Rolling Stones guitarist Keith Richards and Ozzy Osbourne’s health on his show, saying that Ozzy has a horrible disease with Parkinson’s while Keith doesn’t. A crazy Keith Richards and Robert De Niro claim was made a couple of weeks ago.

MarksFriggin.com recapped: Howard said meanwhile Keith Richards keeps going. He said they must be around the same age. He said Ozzy had 15 screws in his spine after a recent call. Gary said Ozzy is 71 and Keith is 76. Howard said Ozzy must be wondering what the f*** is going on.

Howard said you think that country music fans are backwards but then you find out that they’re the only ones buying music. Howard said they don’t know about the streaming services apparently. He said that he has this thing in his mind about dumb people and how they send money to other people and buy CDs. Howard said the Amish aren’t buying that shit.

Howard said Billboard started tracking music in 1958. He said there have been over 1000 number 1 songs in that time. He said they’re not all classics. He said some of the great songs they know forever have only made it to number 2. He said they get knocked out by shitty songs. Howard said ”Louie, Louie” was one of the greatest songs of all time. Howard played some of that. He said that song only made it to number 2 on the charts. Robin asked what number 1 was. Howard said it’s hard to believe it was never number 1. He said the number 1 song wasn’t even in English. He said it was ”Dominica, nica, nica” by The Singing Nun. Howard said she ended up killing herself. Keith Richards and Tom Cruise were in a new creepy leaked photo.