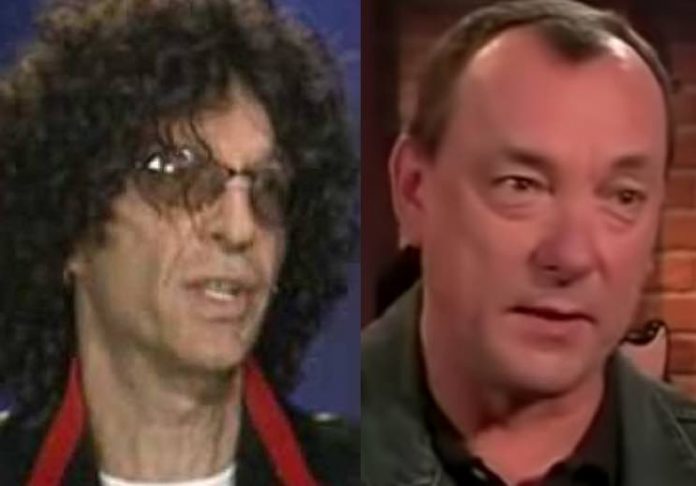 Foo Fighters members Dave Grohl and Taylor Hawkins recently joined Howard Stern for an interview. It was during the interview that Stern stated he is not a fan of Rush and Steely Dan.

Howard Stern opens up on Rush

Dave then went on to share his take as he stated there are some things that he loves to hate. He said that he will listen to some stuff 10,000 times if he hates it. Howard asked what he loves to hate. Dave then responded that he didn’t like the Eagles until he found out that they hated each other. Taylor then opened up on the matter and argued. He revealed that he listened to them in the car with his mom so he heard the Eagles a lot. He said he didn’t hate them at all. He said it might be a west coast thing like Dave said.

Howard then asked the members if they like the new music. Dave then answered that there are some new projects that he’s into. He said that he likes Beck a lot. He said he’s smart and quirky. The Foo Fighters frontman then lavished praise and said he’s a great songwriter too. Dave then revealed he considers Beck to be a good friend. H

oward asked why he and Beck don’t get together and jam to which Dave revealed that they have. Taylor asked if he was trying to break them up or something. Dave said they will get together and just go for it in someone’s living room.

Howard asked if he ever asks to work together. Dave said sometimes they might. He said who knows. He said it’s one of those things. He said they have done things for school fundraisers and things like that. He said they did stuff that turned out rad. He said they do it for fun.