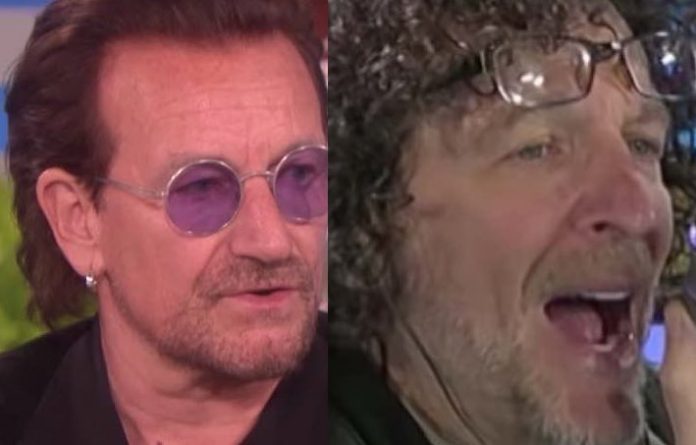 Howard Stern played an interview with Dave Matthews on a recent summer vacation show, and Matthews revealed that he drinks alcohol with U2 frontman Bono. Howard Stern recently made a disturbing Ozzy Osbourne wife revelation.

Howard asked if he has other musician friends that he hangs out with. Dave said Brandi Carlile. Howard said he means other guys. Dave said he would love to hang out with the Roots. Howard said they can play any genre of music instantly. He said he can’t think of anyone else who performs with an afro pick in his hair. Dave said he does hang with them when he can. Howard said his new channel is launching next Tuesday at noon on channel 3.

Howard Stern described an eerie email about Chris Cornell recently. U2 announced a new 2019 tour date a few weeks ago, “And Manila too… Wednesday, Dec 11, U2’s first ever show in the Philippines. Presale Sep 1. Onsale Sep 5. #U2 #TheJoshuaTreeTour2019 #PhilippineArena #Manila.”

The Philippine Arena is the world’s largest indoor arena. It is a multipurpose indoor arena with a maximum seating capacity of 55,000 at Ciudad de Victoria, a 140-hectare tourism enterprise zone in Bocaue and Santa Maria, Bulacan, Philippines about 30 kilometers north of Manila. It is one of the centerpieces of the many centennial projects of the Iglesia Ni Cristo (INC) for their centennial celebration on July 27, 2014. The legal owner of the arena is the INC’s educational institution, New Era University. Scott Stapp revealed last month what Bono really did to Creed.