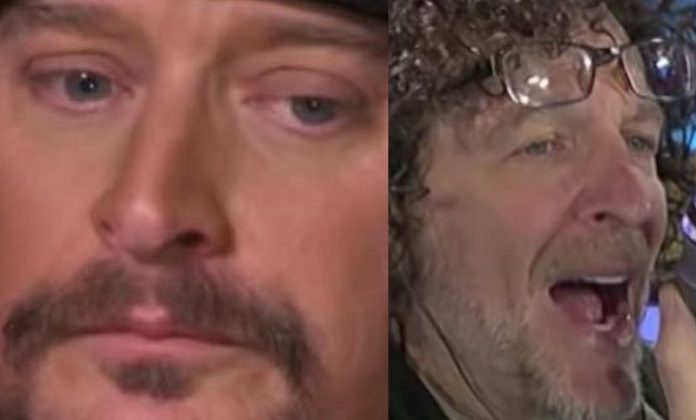 Howard Stern discussed Kid Rock on his show last week and how he insulted Oprah Winfrey.

Robin said she saw that Oprah is on tour. She said Howard didn’t tell her that. Howard said he does follow her. He said he’s not sure what she’s on tour with. He said he’d really like to go. Robin said what she is going to do is interview people for you on stage.

Howard said it sounds horribly boring. He said you get to watch her do her TV show live. Robin said she’s probably recording it. she said you have to pay and get a ticket to see her do this. Howard said he knows she’s excited about it. He said everything is her favorite. Howard said she’s way too into food.

Metallica made an embarrassing Kid Rock revelation a few months ago. Howard said Kid Rock goofed on Oprah and he got in trouble for that. He said they pulled him off the stage for what he was saying. He said he didn’t understand it but it turns out he’s saying he doesn’t like Oprah because he was going to do her show and they made him make a statement about why he loves Oprah so much. He said he claims he’s pissed off about that. He said he’s not sure what he said on stage. Gary had a quote he read where Kid Rock said ”**** Oprah”… He said he has to find a better thing.

Robin read a story about Kanye West and Joel Osteen and how Kanye was told he was the greatest artist ever. Robin had some audio of Kanye talking about how he’s the greatest artist that ever existed and now he’s working for him. Howard said that’s a good move. He said it doesn’t work. Howard did a live commercial read after that. Howard Stern recently made a creepy Kid Rock revelation.