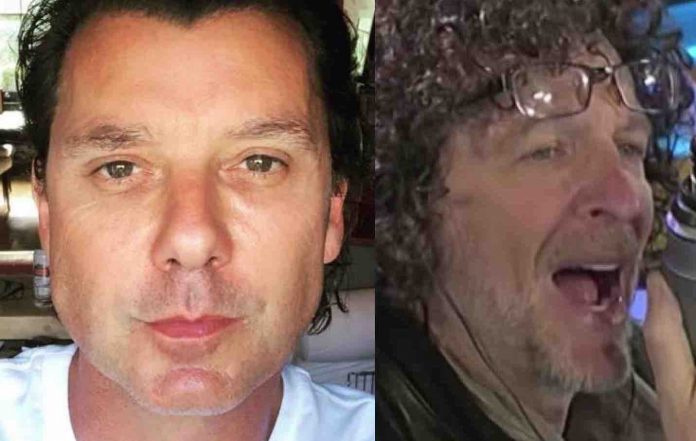 MarksFriggin.com recapped: After the break they played Gwen Stefani’s ”Rich Girl” as they were coming back. Howard came back and said that’s Gwen Stefani. He said he knows someone who said she likes the old Gwen who was with Gavin Rossdale and doesn’t get this country guy. Howard said it is pretty crazy. Robin said she liked Demi with Bruce. She said they don’t care. Howard said he told Gwen that he saw her walking with Gavin one time and he was so jealous because they looked like they were the two happiest and sexiest people on the planet. Robin said that was just his own opinion. Howard said he thought Gwen was the hottest in those belly shirts she wore.

Howard Stern recently revealed what’s wrong with Weezer. Howard said he has more Metamucil gas. Fred played some fart sounds along with the song. Howard said now he’s having fun. He said this is no waste of time.

Howard took a call from a woman who said she’s listening to him talking about the Peloton and trying to envision it. She asked if his hair is in a pony tail or a man bun. Howard said he has a babushka or kerchief that he ties around his head to catch the sweat. He said that’s his look. The caller asked if he ever puts it in a ponytail. Howard said he wears shorts and they always fall down on him. He said they make you stand up on the bike so he does that and they fall down.

Howard said what he’s going to do is video himself doing it and get 42 million followers on Instagram. He thanked the caller for the call and let her go. Howard Stern unloaded on Nine Inch Nails disrespect yesterday.