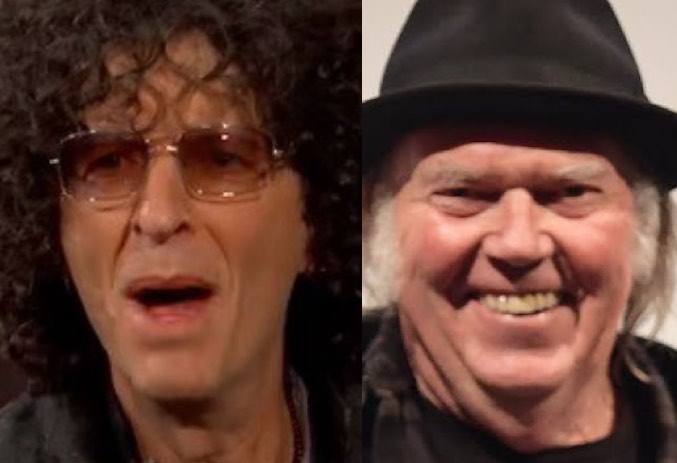 Stern tweeted, “Watch @jeweljk deliver a powerful cover of @Neilyoung’s “The Needle and the Damage Done“ on her acoustic guitar in a 2010 visit to @HowardStern’s studio. #SaturdaySoundtrack.”

Young recently wrote on his ‘Archives’ Instagram, “COMING THIS WEEKEND MOUNTAINTOP, Crazy Horse recording ‘Colorado’ directed by B Shakey and dhlovelife. Captured for you in living color, this document is sure to run 92 minutes. You may be surprised to learn some of the deep secrets of the process as you laugh your ass o in Hearse Theater near you. Two nights only and there is a reason for that. B Shakey.”

He also said, “Movietone: Don’t be Denied from SOLO TRANS. This seldom seen film, with Solo acoustic, Trans live, and the Shocking Pinks, all in one live performance from a night in Dayton Ohio. . . . .filmed by the great director Hal Ashby. Thanks Hal!!”

Young posted last month, “Album of the Week. Christmas at the Ranch. By Ben Keith & Friends. This incredibly beautiful and soothing yet celebratory holiday album is perfect to play by the fireplace . . .Enjoy Ben Keith and NY on the ranch….. 🎄 Now streaming on neilyoungarchives.com.”

Reefermednesspodcast commented, “Well, this is a new album for me. I will attempt to stream it but I am in a northern reserve and have poor connectivity. Can I access this album after Christmas?” Howard Stern made a disturbing Neil Young drug claim a few months ago.

Watch @jeweljk deliver a powerful cover of @Neilyoung's “The Needle and the Damage Done“ on her acoustic guitar in a 2010 visit to @HowardStern's studio. #SaturdaySoundtrack pic.twitter.com/KxF3iVGAii