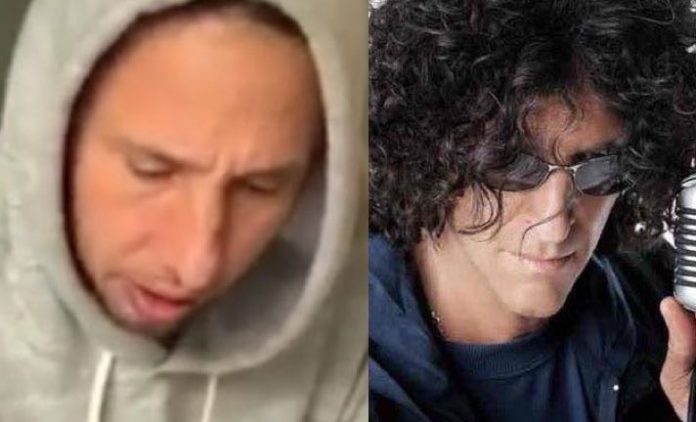 Rage Against The Machine have a 2020 reunion tour with imminent new dates coming up with Zack de la Rocha back on vocals, but Howard Stern recently played a version of “Killing In The Name Of” with Kanye West reimagined as the band’s new singer with his rant as the vocals for the song.

MarksFriggin.com recapped: Howard said now every celebrity has access to everything and publicist are pulling their hair out of their heads. Howard played more of Kanye’s wacky rant. Howard said there’s a song by that band that says ”f*** you I won’t do what you tell me.” Fred said that’s Rage Against the Machine. Howard played more Kanye and Robin said it sounds like he’s trying to brainwash her.

Fred played the song ”Killing in the Name Of” and Howard played Kanye over that. Robin said he might have a hit song there. Howard did his Elvis voice more and had him rambling too. He said #DieOnTheDumpster

Zack de la Rocha ‘canceling’ a new album was recently revealed. Howard said he only wishes there was Facebook when Elvis was around. He said they would have seen every crazy thing he did. Robin said there were a lot of people they could have seen. Robin said they had movie studios to save people from themselves. Howard said now they have to feed the beast which is social media. Howard played more of Kanye’s ramblings and responded to it as Elvis.

Howard made up another Elvis song and sang about it being Karate Wednesday. He told people to follow his Karate instructor on Twitter.

Howard had Elvis making voicemail greetings and things like that for his fans. He said that you can come back and hang with him back stage. He said his mama will be there and you can rub the fat on the back of her neck. He said you can see his limo driver’s hot chick of the week on Twitter too. He said this is Officer Elvis saying Adieu.

Howard said he would have had the greatest Facebook. Robin said he was ahead of his time. Howard said it would have been great if they had a microphone on in the White House. He had Elvis selling some junk on his web site and things like that. Howard had Elvis talking about his mama’s goiter and how it’s in his pocket as he performs his songs for you.

Howard said he’s having a special jump suit made for his mama’s goiter. He said it’ll have one for itself.

Howard said he thinks rock is dead because of Facebook. Robin said all stardom is dead. She said everyone tells you everything they do. Howard said they would have #MeToo’d Elvis to death. Fred played another song and Howard was going to sing another one as Elvis. Billy Corgan reacted to Rage Against The Machine reuniting last week.