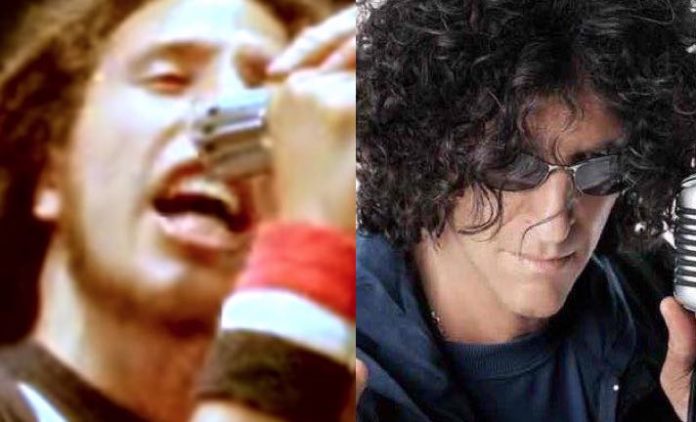 MarksFriggin.com recapped: Howard read about why Rage Against the Machine broke up. He said Zack de la Rocha and Tom Morello didn’t get along. Howard said if Tom could sing he wouldn’t need Zack. Robin said it made it hard to make records. Howard said Roger Daltrey and Pete Townshend are together because Pete can’t sing. He said he needs Roger there.

Howard Stern recently dropped a Rage Against The Machine reunion bombshell. After the break they played Madonna’s ”Justify My Love” as they were coming back. Howard said this is a sexy version of that song. He said he’d put that on if he was banging Robin. He said she’d be pleasured to this song. He said it’s a good version. Robin said it is. Howard said he’s not sure where he heard it but he thought he’d play it on the show. Howard told Fred to blow him. Fred said no thanks. Howard said he doesn’t have any takers today.

Howard said Nikki Glaser is coming in today. He said Billie Eilish will be in on Monday. He said she’s making some good music. Robin said she and her brother are on a new Billboard chart for singer/songwriters.

Howard said he could talk about OJ here. He said he knows people want an update on Ronnie’s trip to Las Vegas too. He said he also has Brent who is interviewing men for his wife to bang while he’s in Los Angeles. He said that Katelyn has picked a guy to fuck while he’s away. He said they both interviewed men. He said what happened was that the two of them interviewed men and they were looking for someone to f*** Katelyn. He said they had a pool of men and they picked two guys. He said one guy didn’t show up so they picked the guy who did show up. He said it’s pretty romantic. He said the one guy who showed up was picked. A Rage Against The Machine reunion show was rejected by a big name.