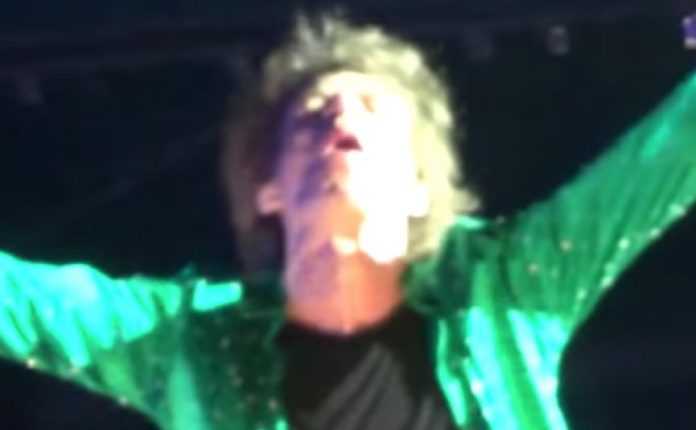 grzegorz67 said on the IORR.org forum, “Last year in Coventry, some idiot threw a plastic pint pot full of unknown clear liquid and it hit Mick on the back as he walked back up the catwalk at the end of Gimme Shelter. He just scratched his back and carried on !”

caschimann wrote on IORR that they believe Mick Jagger and Keith Richards are friends again after seeing them get along on the ‘No Filter’ North American tour. Mick Jagger posted a stunning ‘goodbye’ message with his bandmates a few days ago.

“I see the last two show-final-pictures (and I think there were some more through this tour) I look at Mick & Keith in the middle, arm in arm, smiling at echo other. I see seem sharing the micro on the b-stage several times. I see their so much more improved interaction during the whole shows. I see their looks. Yes I am romantic. Yes I know fans – like kids who want peace between their parents -want to have peace between their idols.

BUT here is the question: Are Mick & Keith getting along better than in the decades before? Did they get back to like and enjoy each other since 2012? Year by year, tour by tour a bit more?”

Stoneage responded, “Anything else would be stupid. They are not getting younger. Nice to see. Camaraderie. Let bygones be bygones. I don’t think this involves the artistic or song writing bit though, I’m afraid. Too late for that.” Keith Richards revealed if he liked or disliked The Rolling Stones ‘No Filter’ North American tour a few days ago.