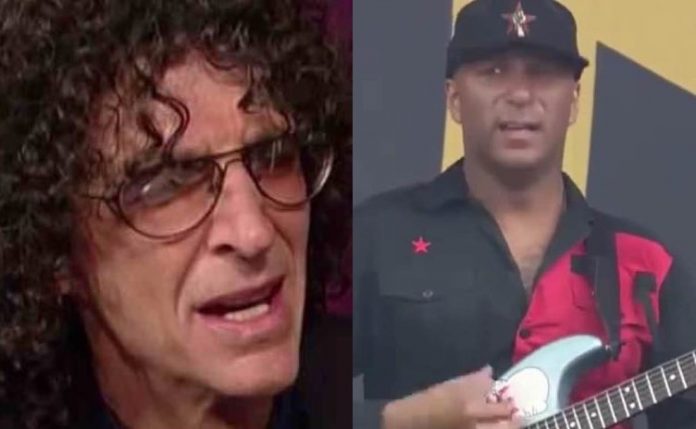 MarksFriggin.com recapped: Howard said there was a band that Tom was in. JD told him it was called Prophets of Rage. Howard said that was good. He said no one really cares though. Fred played one of their songs. He said that’s enough of that. He said he’s not sure why he’s even talking about it.

Howard said he’s been working out consistently lately. He said he’s weight training and using the Peloton. He said his belly is down but not gone. Howard asked why Rage Against the Machine broke up. Robin said she thinks Tom Morello didn’t want to do it anymore. Howard said he thinks he went to a party with Tom once. He said he doesn’t remember talking all that much. He said it was at Rick Rubin’s house. He said there was dog shit all over the house. He said he’d like to get those guys back together again. A Rage Against The Machine reunion show was rejected by a big name.

Howard took a call from a guy who said that he plays in a tribute band for Rage against the Machine and the real band broke up because of political stuff. Howard said if you have something good going then milk it. He said it’s like a marriage. He said you just work though it. He said he and Robin could have broken up years ago but they keep it going. He said Rage hasn’t played together since 2011. He said he’d like to know what their beef is. A Rage Against The Machine icon called out a suicide ‘lie’ last month.