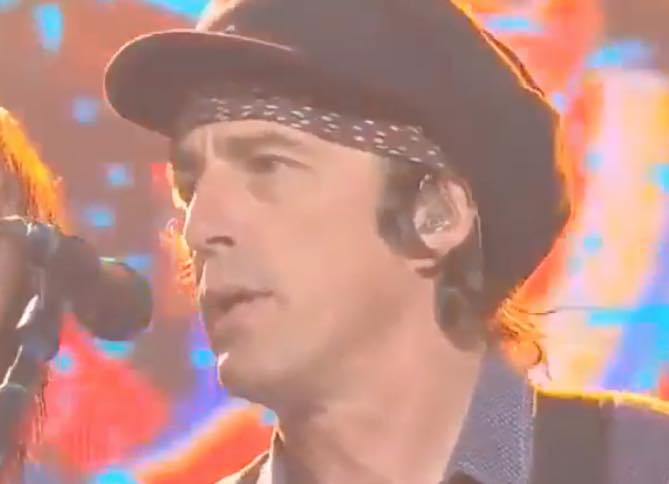 Guns N’ Roses members Slash, Axl Rose, and Duff McKagan have already reunited under the band’s name back in 2016. Slash had also revealed who rejected Guns N’ Roses reunion. Recently, Slash had very openly said that “there’s new Guns material coming out as we speak”, and that the two singles released last year – “Absurd” and “Hard Skool” were just a warm-up for the things to come. However, many have noticed that Izzy Stradlin have been missing. Slash recently opened up on how Stradlin and had once warned the band members during his departure.

Slash was never the person to hold a grudge or get ahead of himself with emotion. And yet, it appears that the nature of Izzy’s quitting didn’t leave Slash completely unconcerned.

He said (via Louder):

“But when he quit, he was looking at us going: ‘These guys are gonna f***ing die!’ My whole attitude was like: ‘I’ll get on with it. Don’t f***ing worry. I’ll manage.’ So there was a certain kind of resentment there – of not really understanding or appreciating where Izzy was coming from. In hindsight, I still sort of feel the same way, I guess, about that. Like, don’t worry about me.”

Later in the conversation, interviewer Paul Elliott asked Slash about the rumors of Izzy being a part of the 2016 reunion, and why it eventually didn’t come to fruition, especially since a similar thing happened with Velvet Revolver. Slash continued:

“I haven’t really talked to him since then. There were a lot of different issues that I’m not really going to get into. We wanted it to work out, but we couldn’t seem to meet eye to eye on the whole thing. So it just never happened.”

We will have to wait and see if Stradlin eventually decides to decrease the differences and join Guns N’ Roses again.