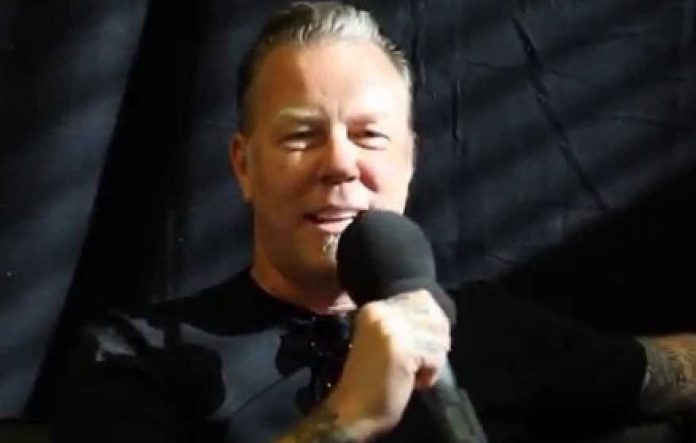 “I hope it rains hectically in Aus and the fires die off. I hope James Hetfield is happy and healthy (and the rest of the guys). I’m going to sleep.” Jason Newsted rejecting a Metallica money demand just leaked.

In other Metallica news, the Star Tribune recently posted a touching story about how the band brought comfort to the life of a child with cerebral palsy. When Mason was little, he cried constantly. He was experiencing a lot of discomfort, his father said. Richard McDeid tried everything to calm down his son. He even played music — from classical to New Age. Nothing worked. Finally, the frustrated father decided to play something he liked: Metallica. Metallica bassist unloads on bad Dave Mustaine ripoff.

To his surprise, Mason liked it, too. He stopped crying and started to fall asleep. And with that, a metalhead was born.

From that day forward, whenever Metallica was playing, Mason would start squealing excitedly, Richard McDeid said.

As Mason grew older, he started to go to concerts with his dad. One year, they saw a couple hundred bands perform. So they decided to see if they could double that number in 2016.

Getting out to see so many bands perform in so many different places has been difficult, at times. On the first lengthy road trip for Mason, there were a lot of logistics to figure out. Dad and son arrived at one hotel, and discovered they’d been put in a room with just one bed, Richard McDeid said. He gave his son the bed and slept on the floor. Star Tribune reported the story.

I hope it rains hectically in aus and the fires die off. I hope james hetfield is happy and healthy (and the rest of the guys). I’m going to sleep. pic.twitter.com/yxAVaIj3nQ