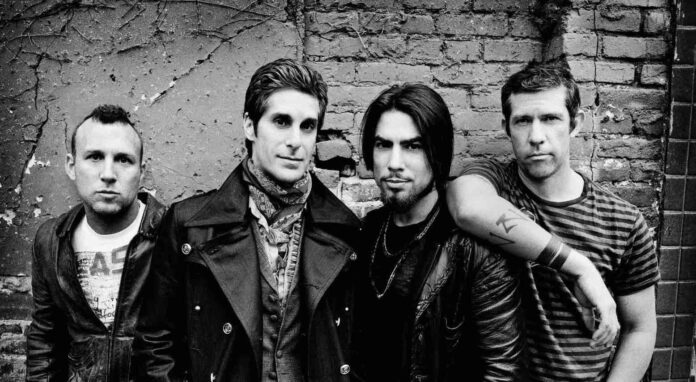 Jane’s Addiction canceled their performance opening for Smashing Pumpkins in Philadelphia due to ‘personal injury.’

S&M posted on AintNoRight.org, “I listened to a very rough recording of the NYC show and Perry and the band were fantastic!! ..I’m thinking Perry just pushed himself a bit hard and with everything else going on? Woke up with no voice? ..He really been reaching deep to give his everything? No going through the motions this time!! ..Other than that? What injuries would stop that train from rolling? 🤔 Stephens wrist? ..A visit from Doctor Robert and a steroid shot will do the trick!! ♥️☮️♥️ There are a few places where it’s balls out magical .. Madison Square Garden .. Los Angeles .. San Francisco ..Those places are absolutely give everything you have!!! Lay it all out!! ♥️”

Hokahey wrote, “Eric just posted a pic of him and a group outside Hotel Chelsea in NY. I’m guessing it’s from last night? Either way, odd he’d post that without mentioning anything going on.”

Jsirg said, “They are offering refunds at point of purchase, sucks to waste the time and drive but at least it wasn’t a total loss.”