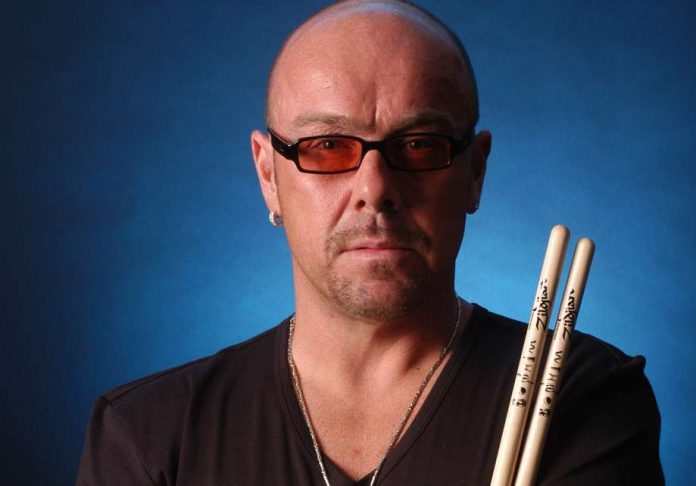 Who would YOU put on your Mt. Rushmore of Hard Rock bands? An appropriate question for the latest guest on the DOMKcast Jason Bonham. Son of the late, great John Bonham who played drums for perhaps the original hard rock band Led Zeppelin. When you think hard rock bands over the years, the commonality for all of them would have to be their influence of Zeppelin. Rock music was instilled in Jason at an early age having played drums since he was 4 years old.  A working relationship with Zeppelin throughout his childhood. Jimmy Page and Robert Plant  were Uncle Jimmy and Uncle Robert to him. Jason Bonham has become successful with various projects over the years. Currently playing with Sammy Hagar’s band The Circle and traveling with his own Led Zeppelin tribute band.

Jason filled up his Mt. Rushmore of Hard Rock bands with a contingency that Zeppelin was already up there. Rounding it out with some other major influencers in their own right and one that was a bit surprising to be in the “hard rock” category. His Mt. Rushmore included The Who, Rush, and Genesis which Jason explains “Because of the progressive side of it. Abacab to me was just one of the most phenomenal albums.” Some honorable mentions from Jason as he scanned through the 80’s and 90’s would be Metallica, and Soundgarden as well.

Who would you put on your Mt. Rushmore of Hard Rock bands? A fun debate that will spark the interest of anybody. One thing is for certain, the majority of hard rock bands would cite Led Zeppelin as one of their major influences. Perhaps we’ll see a resurgence of their signature sound with the emergence of Greta Van Fleet. Jason Bonham’s pithy version of “The Mt. Rushmore of Hard Rock Band’s” gave us some insight on what he values in rock. Now it’s your turn. And go.