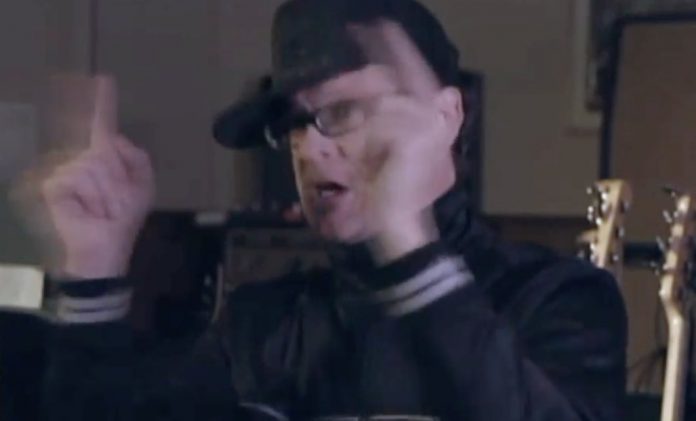 The former Metallica bassist Jason Newsted recently opened up on the last time he listened to one of the band’s albums that came out after he left the legendary heavy metal act.

Newsted had previously slammed his former bandmates over the LP’s production, stating that the band appeared to be more concerned with “following” the latest production trends than putting out records that live up to the high-quality standards that fans had come to expect from Metallica.

In a recent interview with U.K.’s Metal Hammer magazine, he was asked about the last time he heard the band and he spoke about “St. Anger” which was released in 2003. He stated that he did not understand the title track of the album.

He said: “Never. I heard the one where they made the video in prison [for the ‘St. Anger’ title track]. I heard one song with my dad while we were riding in the car in Michigan, because the radio is still pretty wed to Metallica, and it went on for-f**king-ever. It was eight minutes on the radio, and I went, ‘What the f**k are they doing?’ No disrespect, but I didn’t get it. It was maybe harking back to the longer songs and the aggression and the tempo. And that stuff takes a lot of energy to play, and with James [Hetfield, Metallica frontman] going up and down the fretboard like that, no one can touch it. I have a lot of respect for that thing, but I am quite a distance away from that type of music now.”

“I still like my heavy songs, but I sing for real now,” he continued. “I play the bass right up high, sing those backing vocals way up high. I still love Sepultura and stuff… but it really isn’t the way that I used to. I’d be happy to join them to do that stuff if they wanted me to. I still talk to Lars [Ulrich, Metallica drummer] a fair bit, and I send him my stuff and he’s always super-supportive. I really appreciate it, and I respect his opinion. If he called me and asked if I wanted to throw down, I’d say yes, but I’m not sure if I’d say yes to anyone else.”

“St. Anger” was released in June 2003 at the end of a turbulent two-year period in which Newsted left Metallica, Hetfield went for a lengthy stay in rehab, and the entire band threatened to break apart.

The album’s raw, lo-fi production, lack of guitar solos and unorthodox sound were not well-received by many of the group’s fans, who still often cite it as Metallica’s worst record. “St. Anger” has sold more than six million copies worldwide.