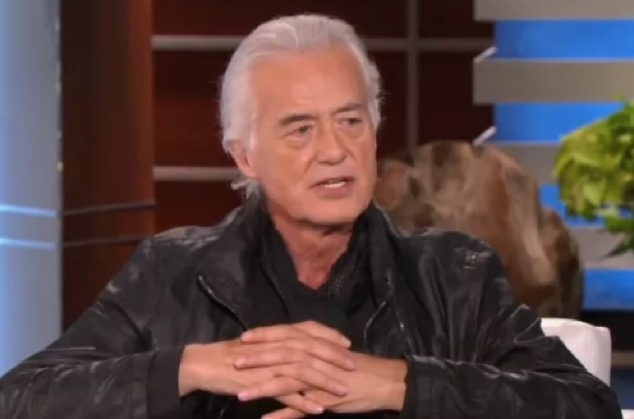 “On this day in 1983, I played the first ARMS concert at the Royal Albert Hall⁣.⁣⁣
Stew (Ian Stewart from the Rolling Stones) had invited me to do this concert at a party at Jeff Beck’s country home. It was to be for Ronnie Lane and the Action Research into Multiple Sclerosis, a condition to which he unfortunately had become a victim.⁣⁣⁣
⁣⁣⁣
It had been outlined that the three former Yardbirds would be playing separate sets and maybe play together at the end of the evening. Steve Winwood was also to perform. I agreed enthusiastically to commit to the show, it was only the following day that it dawned on me that I was the only one not to have a solo career with the exception of the Death Wish II soundtrack which made putting a set together for this event an interesting and challenging experience.⁣⁣⁣”
⁣⁣⁣
Howard Stern recently revealed who he’d like to see sing for Robert Plant. Page added, “The opening number was ‘Prelude’, a re-arranged Chopin prelude in E Minor, performed specifically to employ the house in-built Victorian pipe organ into the set. It was played magnificently by American James Horner. ‘City Sirens’ and ‘Who’s to Blame’ from the Death Wish II album had Steve Winwood graciously supplying vocals.⁣⁣⁣
⁣⁣⁣
The set culminated in an instrumental version of Stairway to Heaven – the first time I had performed this on my own. Simon Phillips threw me a wink and surprised me with a double bass drum pattern to great effect.⁣⁣”

He also wrote, “On this day in 1988, I played The Frank Erwin Centre in Austin, Texas on the Outrider solo tour and Ronnie Lane, who now lived and performed locally, appeared with Bucks Burnett and photographer Mark Bowman. ⁣
⁣
I hadn’t seen Ronnie for a while, but I toured with him on the ARMS tour in the UK and the US and it was so good to meet up with this extraordinary man and musician again. He is pictured here at the show.⁣” Green Day singer Billie Joe Armstrong recently made a painful Jimmy Page revelation.