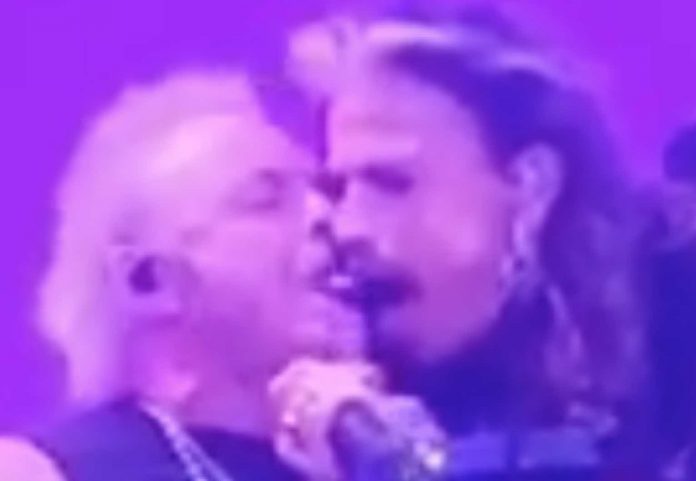 Aerosmith drummer Joey Kramer posted this photo of himself and thanking his fans who have supported him during his legal battle with Steven Tyler and company. Superfan for the group Weamnadial responded: “Me as well as many people are wanting to see you. Get what you totally deserve with the band. We all love you, Joey. Your the best.” Whereas diannesfeed put: “I have faith in you, Joey. Fight until you’ve used up your legal options. Then fight some more. I still remember how kind you were to me in 2010 before the Fenway Park show. PS Take care of your health!” Howard Stern recently made this Aerosmith breakup announcement.

Fellow Aerosmith fan sydflemin reacted: “I’ve seen this band fifteen times, and saw the April 16th show last year in Vegas. It was phenomenal. Joey was there. As much as the group may think they can, at least right now, be the band called Aerosmith. This group without Joey fuckin Kramer is not Aerosmith. Please take care! Steven Tyler just ‘refused’ an Aerosmith tour idea.

The lawsuit stems from Kramer being invited to the upcoming Grammy awards without any intention of him playing during their highly-anticipated performance. In a statement to TMZ Aerosmith stated: “We would be doing a disservice to Joey, to ourselves and to our fans to have him play without adequate time to prepare and rehearse. Compounding this, he chose to file a lawsuit on the Friday night of the holiday weekend preceding the Grammys with total disregard for what is our limited window to prepare to perform these important events. Given his decisions, he is, unfortunately, unable to perform but of course, we have invited him to be with us for both the Grammys and our MusiCares honor. We are bonded together by much more than our time on stage.” Steven Tyler ‘Looks Like Woman’ In Sad Recent Photo.