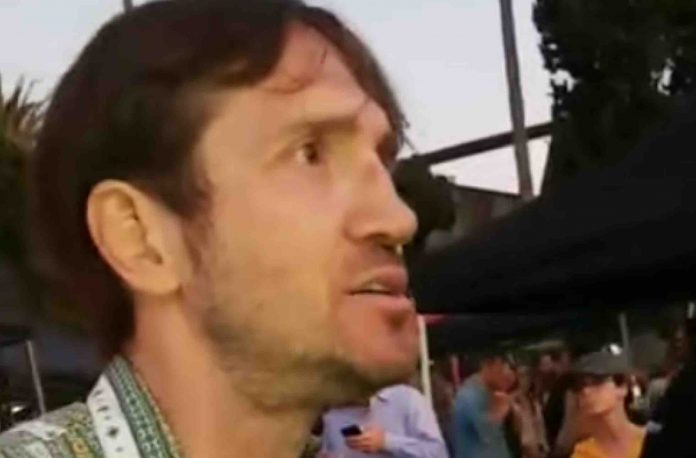 Rosen asked, “Jumping back to the Chilis for a moment, does Rick Rubin hear your guitar parts with the same ears as you do? Does he understand what you’re trying to create?”

John Frusciante rejecting a Red Hot Chili Peppers studio offer was recently revealed. Frusciante added, “He might suggest things to Flea occasionally or to me, he might say, ‘On Warm Tape, you should do an answer thing like George Harrison does with a 12-string guitar on some Beatles song.’ And it worked perfectly with what I was thinking because I’d already done an overdub so it ended up being a slide guitar being answered by a 12-string guitar. So he’ll throw little ideas my way but he won’t say, ‘That guitar part is not working.'”

Flea recently wrote on his social media, “This sweet and melancholy book by @msjesshopp got me smelling and tasting the streets of Chicago. I floated away on a bike ride into her yearnings and gentle intensity. The only problem is that a severed hand would land in the bell of a tuba not the horn.” He also wished Little Richard a very happy birthday, “Happy birthday to Little Richard, the truest and wildest rocker of them all.” You can listen to the full John Frusciante interview below via Ultimate-Guitar.