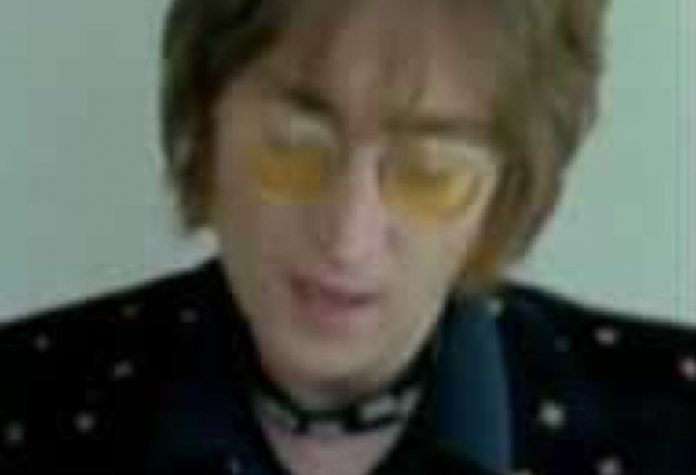 Late The Beatles member John Lennon’s official Instagram account sent out the following photo and snippet. The photo is actually of Lennon, who was in New York City’s historic Battery Park along with his then-wife Yoko Ono [not pictured] being chronicled, for their upcoming feature-length film, Imagine. The person documenting them was Iain Macmillian, the same person that ended up shooting the cover for the iconic Beatles album, Abbey Road back in 1969. Here, you can see the legendary late co-founder of the Beatles posing wearing a medical stethoscope back in 1971. John Lennon ‘breaking up’ with Yoko Ono was finally revealed.

Scottish photographer Iain Macmillan is well known as the photographer who shot The Beatles’ cover for Abbey Road. When John & Yoko visited NYC, Iain went with them to document them making their new album’s accompanying feature-length film, Imagine. This oversize contact sheet of 12 photos features pictures of John & Yoko performing Yoko’s Listening Piece with a stethoscope and posing for portraits in Battery Park, New York City on 4 September 1971.

John Lennon last concert ‘meltdown’ revealed. In other news regarding the Beatles and John Lennon – fans took to social media to discuss the legacy and impact of one of Lennon and the Beatles most landmark albums, Revolver.

One fan noted: “I just listened to Revolver and was reminded why this is The Beatles’ true masterpiece. It catches the Greatest Band Ever at the perfect moment! You have the band operating at their absolute peak in every way. They also decided to stop touring in 1966 to become a studio band only. Their follow-up album, Sgt. Pepper’s Lonely Hearts Club Band, although brilliant, was mainly a project between John Lennon and Paul McCartney. Ringo himself said that he learned to play chess during the studio sessions for the Sgt. Pepper album and George was clearly bored and frustrated with the whole experience. Revolver also incorporates the energy and creativity of the previous six U.K. studio albums but also hints at the brilliance to come from Sgt. Pepper through Abbey Road, their final studio album. Abbey Road was released before Let It Be, however, because the Let It Be documentary movie was delayed for various reasons.”

John Lennon’s sister recently made this creepy false The Rolling Stones claim. The reviewer continued: “Check out the tracklisting for Revolver yourself, then tell me what Beatles U.K. album has a stronger set of songs. Revolver was the first album that I listened to in its entirety in 1976, and it got me hooked on all of the other Beatles albums released before and since! The bottom line is this: Buy this album! It rocks like no other Beatles U.K. album previously or subsequently, with the possible exception of With The Beatles.”