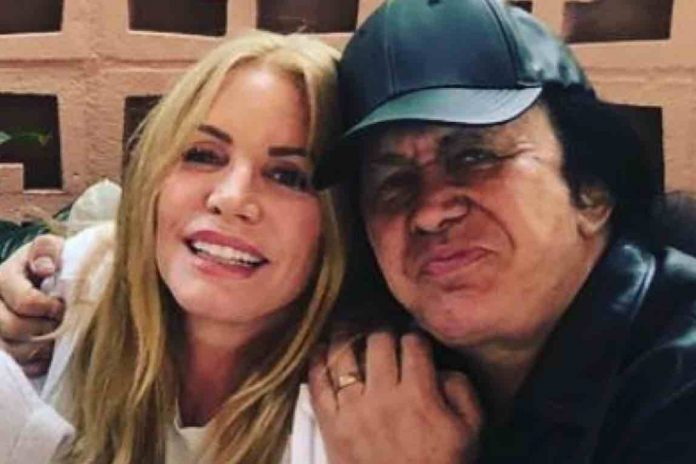 Gene Simmons‘ wife, the incomparable Shannon Tweed Simmons issued condolences and her sympathies to A-lister Gabrielle Union after she was let go from the hit talent competition, Americas Got Talent recently. She took to social media via Twitter to send these regards. Union, the wife of NBA legend Dwayne Wade was a judge on the show for only one season, being hired for the show’s fourteenth season. Gene Simmons’ daughter most recently bent over in this tight shorts photo.

The stunning spouse of the Kiss frontman said: “You are a beautiful husband Dwyane Wade. Love to Gabrielle Union.”

In other news regarding Shannon Tweed Simmons’ rocker husband, Gene Simmons and his wildly successful group – Kiss. Fans of the ‘Hottest band in the land’ recently took to the Kiss subreddit to debate a most controversial topic. Did Kiss really peak in the 1970s? This Gene Simmons ‘miserable’ lonely restaurant photo was revealed a couple of days ago.

Nachoiskerka said: I think Creatures, Revenge and Carnival are all on the level of their 70s stuff. Lick It Up, Psycho Circus and Elder could be great albums with minor tweaks (go look at the only live versions of The Oath from The Elder and Within from Psycho Circus. Both would have been classics if they just let Ace [Frehley] rip as he did on the live versions). I’m also in the minority in that I think Unmasked is better than Dynasty or all the kiss albums from Animalize to Hot in the Shade.

Whereas BeebopBopper wrote: “Let’s go back to Destroyer. Overall I think it sucks. Beth and Great Expectations are two of the songs that ruin it. It’s not because they are ****** songs. It’s because when I think of the word “Destroyer,” I’m not expecting a ballad with a piano and other orchestration in Beth. Nor am I expecting an effing choir in it either, like Great Expectations. Flaming Youth..not a bad song, but is too poppy. Let the guitars do the talking! In regards to the Elder – yeah it could’ve been a great hard rock album or even a great hard rock concept album. Fanfare, c’mon! Once again, Let the guitars do the talking. Eighties albums like Asylum and Hot In The Shade – remove those ******* keyboards! This KISS icon recently claimed Gene Simmons is lying about retirement.

You are a beautiful husband @DwyaneWade Love to @itsgabrielleu