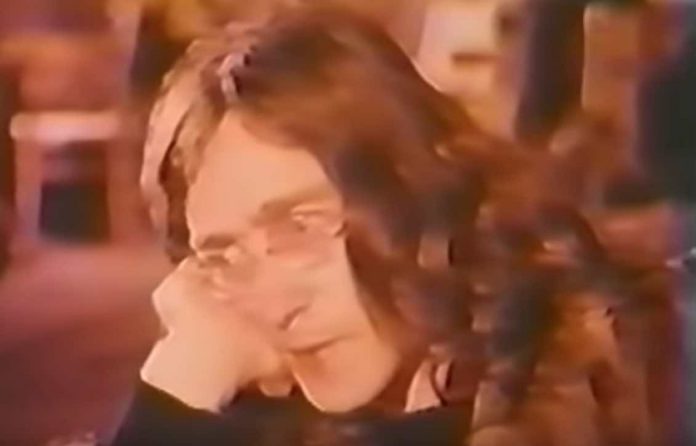 The official Instagram page of The Beatles icon John Lennon has posted a ‘two virgins’ photo with Yoko Ono. A sad John Lennon demand before he was shot was recently revealed.

His page wrote, “TWO VIRGINS, 1968⁣. #onthisday 19 May, 1968, John invited Yoko to ‘Kenwood’, his home in Surrey. Yoko had visited previously, for lunch, but this time she and John were alone. They worked together through the night, creating what would become the album Unfinished Music No. 1: Two Virgins.”
⁣
Lennon was quoted as saying, “We went upstairs to my studio and I played her all the tapes that I’d made, all this far-out stuff, some comedy stuff, and some electronic music. There were very few people I could play those tapes to. She was suitably impressed, and then she said, ‘Well, let’s make one ourselves,’ so we made Two Virgins. It was midnight when we started, and then we made love at dawn. It was very beautiful.”

“Ladies and gentlemen, the one and only, Ringo Starr.”

The pair hugged, with McCartney saying, “All right, brother. I love you man!” He asked, “Ready to rock?”

At the end of the performance, McCartney proclaimed, “Ladies and gentleman, the one and only …hey baby, thank you.”

Starr responded, “No, thank you, Paul. It’s been a thrill for me and I’ve had a lovely night. It’s a great show and I love you, man.”

McCartney said, “I love you — peace and love, Ringo, forever.”