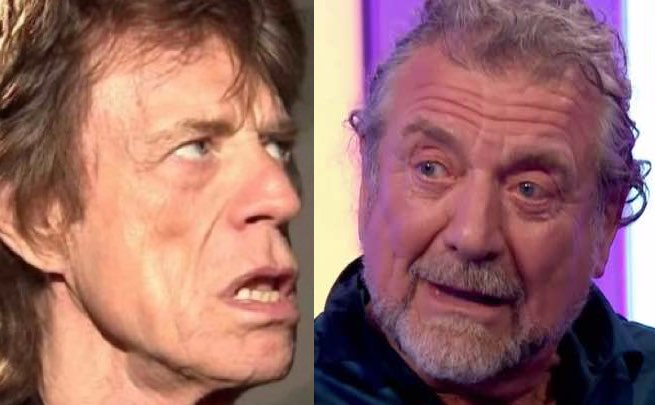 Led Zeppelin frontman Robert Plant revealed his reaction when it was suggested he change up his style on a recent ‘Digging Deep’ podcast, claiming that he and The Rolling Stones frontman Mick Jagger were listening to the same things. Alternative Nation transcribed his remarks. A Motley Crue member just last week revealed a bizarre video with ties to “Stairway to Heaven”.

“As a singer from my time I’m sure if you expect anybody else from who was beginning when I began – say Rod Stewart listening to The Soul Stirrers, Sam Cooke, Mel Carter, and all those people.

Elton [John], [Mick] Jagger with his vocal approach – we were all listening to people from that particular time. So [Ahmet Ertegun] said: ‘you keep on singing these songs, it’s driving me nuts, I can get anybody in the studio to play them. Why don’t you sing them?’ – So I did.”

Plant has steadfastly shot down demands for a Led Zeppelin reunion, with a Greta Van Fleet former manager even suggesting that band’s singer would be capable of fronting the band last week. Robert Plant was scheduled to perform at the Woodstock festival this month alongside Greta Van Fleet, but sadly the festival was canceled after many attempts to save it with location changes.

Robert Plant and the Sensational Space Shifters will embark on a North American tour this fall, following performances in Europe.