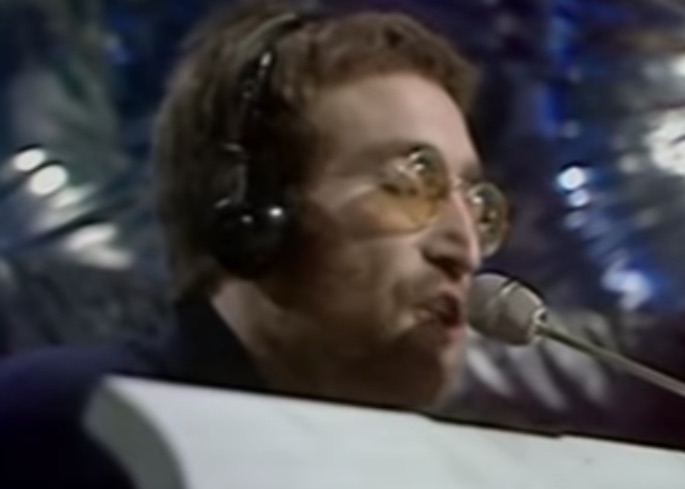 Late The Beatles member John Lennon’s official Instagram account recently sent out the following throwback photo. The photograph is of Lennon sitting in a prop wheelchair with young son Julian at the historic Kenwood House in London, England. The photo was slated to have been snapped sometime around 1966. You can view it below. John Lennon’s ‘greatest lover’ in bed was just revealed.

In other news regarding John Lennon and the Beatles, fans recently took to social media to reflect on the legacy and impact of John Lennon and Yoko Ono’s acclaimed duet album – Double Fantasy. One fan wrote: “Although Double Fantasy remains a classic album, it is still a mixed bag of songs, thanks primarily to Yoko’s uneven contributions. But not all of her tracks are bad. Lennon clearly carries the weight with his catchy tunes and all of them are winners. And while I love “Starting Over,” “Watching the Wheels,” and “Woman”….”I’m Losing You” is my personal favorite for its edginess and anger. Most Lennon fans (myself included) will always hear his Double Fantasy tracks with a sense of irony and sadness. Unfortunately, Lennon’s murder on December 9, 1980 was the day the music died for me. I know I’m not alone in this. While I normally would give an album like this 4-stars…I can’t. I love it because it is the last finished album he ever made and it was exactly what Beatles fans had been waiting for.” John Lennon revealed real ‘killer’ in secret note.

While another fan noted: “I was working in the classroom in 8th grade when I heard Woman on the radio. I was a big Beatles fan but didn’t recognize it was Lennon’s voice. I remember thinking, “Wow. This is a really pretty song. I say anything about it though, or I’ll get teased.” It is a very sweet, tender, vulnerable song. All of Lennon’s songs on this album rate between very good and excellent to my ears. I always skip the Yoko cuts and I won’t let them mar my review of HIS songs. This album was really doing something different.

Lennon was forty , becoming a middle-age rock star, and instead of singing about girls, cars, or epic journeys, he sang about family life, recharging his marriage, making bread, his love for his wife and son…Like the best of his work, the songs are personal and universal at the same time. He’s just saying, “This is my life and this is what I’ve been up to. I’m a happy family man now.” He never got to tour for this album and we never got to hear where he would have gone next. I can’t say anything that hasn’t been said before, but my heart still hurts when I think about this period and what happened. Fate can be cruel beyond comprehension.” John Lennon’s son recently reveals this awful final photo with dad.