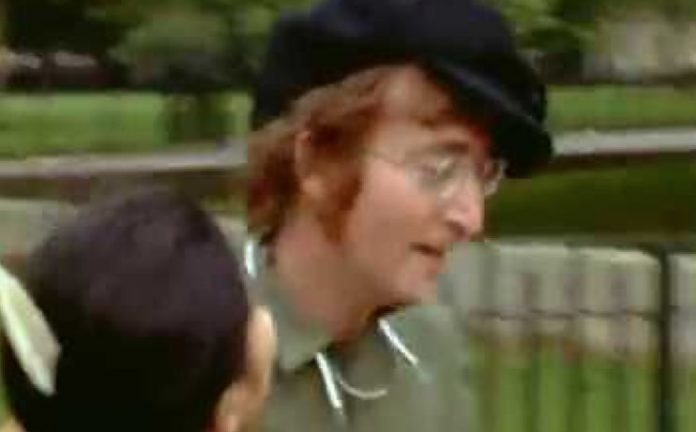 John Lennon‘s widowed wife, Yoko Ono took to social media via Twitter recently to give her insight and provide a thought-provoking look on economic hardships facing Americans in a post centered around ending hunger in America. John Lennon ripped The Beatles ‘fraud’ before death.

John Lennon ‘cheating’ on wife confirmed by family. In addition, Ono urged her followers to donate to HungerThon 2019 – which is a fundraiser running from November 1st through December 31st on-air and at hungerthon.org, with a specific emphasis on the weeks surrounding the holidays to awareness to invest in real solutions to end hunger and ensure everyone has the right to nutritious food.

In other news revolving John Lennon and the Beatles, fans recently took to the subreddit of the ‘fab four’ to discuss the financial situation of Lennon as one Reddit user asked who John eventually get to manage his financial affairs & business dealings after he got rid of Allen Klein?

One fellow Beatles superfan stated: “They did have an actual financial advisor named Richard DePalma. In John and Yoko’s September 1980 interview published as the book All We Are Saying, DePalma is identified as their “accountant”. Other sources have identified him as their “office manager” or even “business manager”. As others have said, (and as recounted by John and Yoko in the aforementioned interview), Yoko did make a lot of their investment decisions herself. Though the actual issues involving tax burdens and the paperwork side of things and whatnot were handled by DePalma.”

John Lennon’s son just revealed if he hates “Hey Jude.” The fan continued: “They also had a personal attorney named David Warmflash, another accountant they sometimes used named Eli Garber, and they also employed the occasional services of a financial advisor and attorney Charles Pettit, who worked at the time for the high-powered multinational Linklaters law firm. Warmflash, Garber, and Pettit signed as witnesses to John’s (rather boilerplate) will in 1979. As for Apple Corps itself, once Klein was given the boot, then the Beatles’ old friend and former roadie Neil Aspinall took over. Aspinall didn’t want to do it at first, and kind of fell into it. He had trained as an accountant before taking his gig with the Beatles in the early 1960s, so he had kind of a background for it, but he mostly learned on the job, and had already been employed in a management capacity for several years by the time Klein was finally let go. Aspinall ran the company until 2007.”

Too many working Americans struggle to put food on the table because they don’t make a living wage. Join @WhyHunger to fight for justice and real solutions to end hunger in America for good at https://t.co/dEnNrIBSCX #Hungerthon pic.twitter.com/HGgGYyTGAV