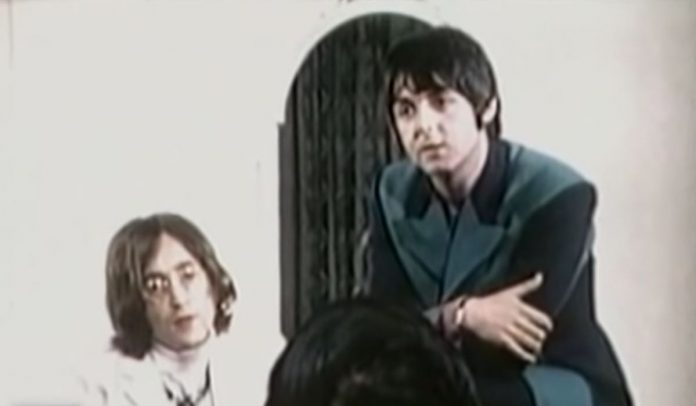 The Beatles icon John Lennon‘s Instagram page has posted a new photo with Paul McCartney where Yoko Ono’s beautiful feet are visible, leading to some creepy compliments about her feet. Paul McCartney called a big name ripoff a ‘cheat’ yesterday.

One fan commented, “Yoko got them toes.”

Yoko Ono previously posted on her Instagram page about gun violence, which took the life of John Lennon in December 1980.

“An average of 31,537 people are killed by guns in the USA every year. We are turning this beautiful country into a War Zone. Together, let’s bring back America, the green land of Peace. The death of a loved one is a hollowing experience. After 36 years, our son Sean and I still miss him.”

Howard Stern recently made a sad claim about John Lennon’s murderer. Lennon’s page also recently looked back at an art exhibit, “THIS IS NOT HERE, 1971⁣ John Lennon and Yoko Ono ‘This Is Not Here’ exhibition poster, designed by George Maciunas with photographs by Iain Macmillan. ⁣
⁣
This exhibition of Yoko’s artworks, held at the Everson Museum Of Art, Syracuse, N.Y., opened on 9th October 1971, John’s 31st birthday. It was billed as a show of unfinished paintings and sculpture with John as a guest artist.⁣”