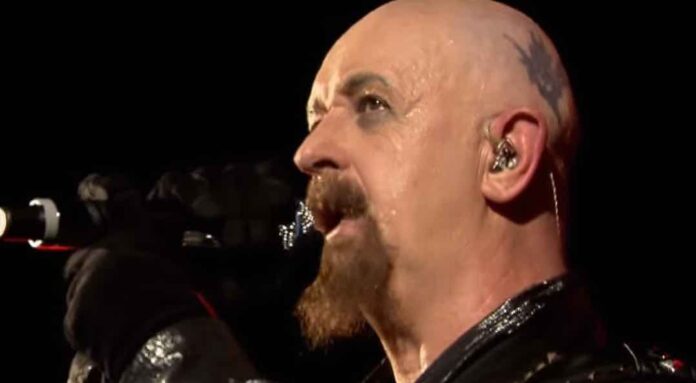 Judas Priest lead singer Rob Halford, who is set for a Rock and Roll Hall of Fame induction, is openly gay and is in a relationship with an ex-Marine named Thomas Pence. Halford met Pence via an ad. The heavy metal rocker’s ad looking for companionship was answered by Pence, and the couple has been together for 25 years now.

In a picture posted on Instagram, Halford can be seen with Pence together. “fuck off covid,” is the caption of the post with the women covering their faces with masks and clothing. You can check out the picture below:

Halford came out in an MTV interview in 1998. He was invited to visit the California Marine base in 1991.

In his book “Confess”, Halford recalled how he used to hook up with some Marines at Camp Pendleton in the 1990s. He was then introduced to another married Marine at Pendleton named Steve, who was into threesomes a lot, with his wife, Dawn.

Harold said that Marines were allowed family visits so he would go along at the same time as she was there. Harold said they would go at it for hours when the door was shut. He would leave there even more exhausted than going to a gym.