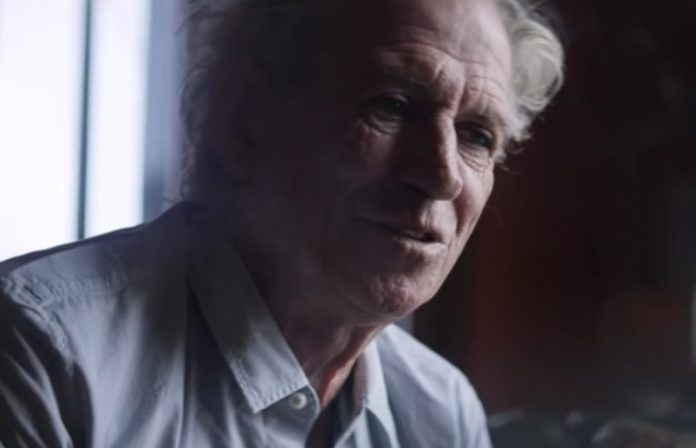 Fox News asked, “What did you think of Keith when you met him for the first time?”

Jo Wood responded, “He didn’t say anything. He just pushed right past me, sat down on the ground and did some drugs. I just thought, “Oh, Jesus Christ, what is going on here?” At that point in my life, I had made up my mind what I would and wouldn’t do. And I wouldn’t ever do what he did. But then he went cold turkey in Woodstock. That was very tough. It was like going through a really horrible flu.”

Keith Richards being ‘kicked out’ by a surprising bandmate was just revealed. Taylor1 recently asked about Brian Jones being asked to leave the Stones by Keith Richards and Mick Jagger on IORR.org. He said, “Do you think the main reason in June 1969 that Mick and Keith asked Brian to leave was he could not get a visa to tour in America.If he could have gotten a visa do you think he would have been given an ultimatum to get his act together? or was that impossible because he didn’t really want to be in the band anymore? And did Anita being pregnant play any role in his disinterest in the band.”

Elmo Lewis responded, “I truly think the gig was up – visa or no. Brian wasn’t contributing much musically at that point. Also, substance problems and being an @#$%&. Don’t really see how he and Keith could have ever gotten along again. That said, it is interesting to think of Brian on subsequent tours – 72,75,78,81,etc.”

Mathijs wrote, “How tragic it is, but the fact that Jones was replaced with Taylor gave the Stones new life, and 10 years more. I am sure they would have vanished like 98% of all other 1960’s bands without the fresh blood of a hot new young lead guitar player. Same for Ron Wood -they would not have survived the punk years with Taylor, but managed to reinvent themselves with Wood. Part of the Stones longevity is the fact that they changed personnel.”

His Majesty said, “Brian was effectively done being a serious musician by 1969, maybe even 1968. John Mayall has commented in his recent book about being at Cotchford in 1969 and trying to play with Brian. Not a pretty picture at all. Brian’s rhythm etc all shot to @#$%&.

The visa thing was a handy excuse to force an end to the long drawn out pain Brian was putting himself and the band through. He didn’t have the balls to leave of his own accord so they forced the issue.”

You can read the full Jo Wood interview at Fox News.