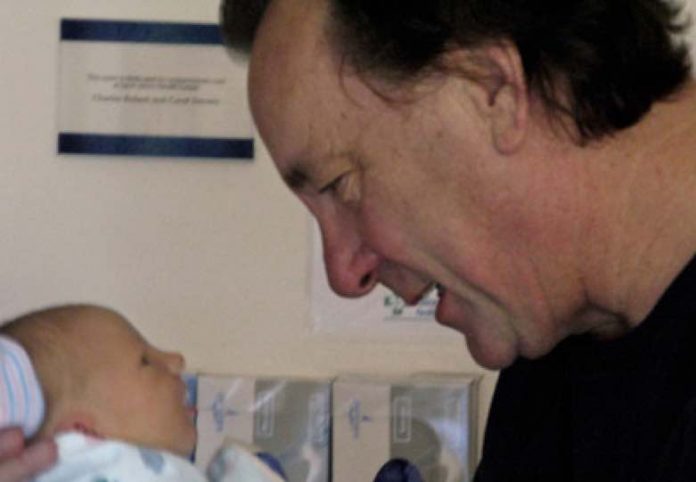 Rush drummer Neil Peart tragically died from brain cancer a few days ago, and he is survived by his wife Carrie and 10-year old daughter Olivia. Peart’s 19-year old daughter Selena died in a car accident in 1997, and his common law wife Jackie died shortly thereafter from terminal cancer. An innovative drug used to treat cancer like Peart’s was just revealed.

Peart wrote in March 2014 on his website about some his daughter’s first comments about him, “Then to walk outside and feel the shock of the cold—even if only on the two inches of face left exposed, but also in the nostrils and lungs. Cold fresh air like that is definitely a mild narcotic—just as I once described my favorite drink as ‘February in Quebec.’ Olivia climbed the snowbanks, slid down them, dived into the deep powder, rolled in it, swam in it, and finally, tasted it. She said, ‘I love snow!’ My heart melted.

The next day I got Olivia strapped into her new pink snowshoes, and she took to it right away. (One great thing about that sport is its natural technique—if you can walk, you can snowshoe.) We took a lap around the house to get the hang of it, then climbed down the steep bank to the open whiteness of the lake. Several feet of snow lay over an equal thickness of ice, and Olivia was fascinated by the concept, stepping boldly out onto the immaculate surface.

It was my natural instinct to want to pave her way—to go ahead and pack down the trail for Olivia. I told her, ‘It will be easier if you follow in my tracks, and let me break trail.’ She said, ‘I want to break trail!’ and marched off across the lake beside me.

Pointing to the line of trees on the far shore, perhaps a half mile distant, she said, ‘Let’s go all the way across.’ I loved her spirit, but wanted to make sure this first time on snowshoes was positive—didn’t want her getting sore or tired. I turned us back halfway, knowing we still had that steep bank to climb. Sure enough, there was some slipping and falling, but no complaining. When we got to the top, I told her, ‘You are really good on snowshoes—very strong and very brave.’

She burst out with, ‘I am the Merida of snowshoes!’ (Scottish princess from the Disney movie Brave, see.)”

He wrote in October 2014, “For all of August (the heart of summer, just as February is the heart of winter) I was fortunate to be at the lake, with Carrie and Olivia joining me for two weeks in the middle. (Leaving a solitary ‘reading week’ on each side—hurray!)

Nearly every day, five-year-old Olivia and I liked to venture out on the lake in our small electric boat, or in my sleek rowboat, and we often stopped at that little island. While pulling the boat up on the rocky shore, I showed Olivia the parallel grooves in the rock’s surface that had been left by glaciers.

I explained how the tremendous mass of ice had dragged stones along and gouged out those grooves as the glacier retreated, at a speed of maybe an inch a year. Then I pointed upward as I told her the ice was once about two miles high above us.

She looked at me with that wonderful guilelessness of childhood (when does that go? About eight, maybe?) and said with a wide-open smile, ‘Was that before you were born?’ I assured her it was.” Neil Peart’s final public words to Geddy Lee before dying were recently revealed.