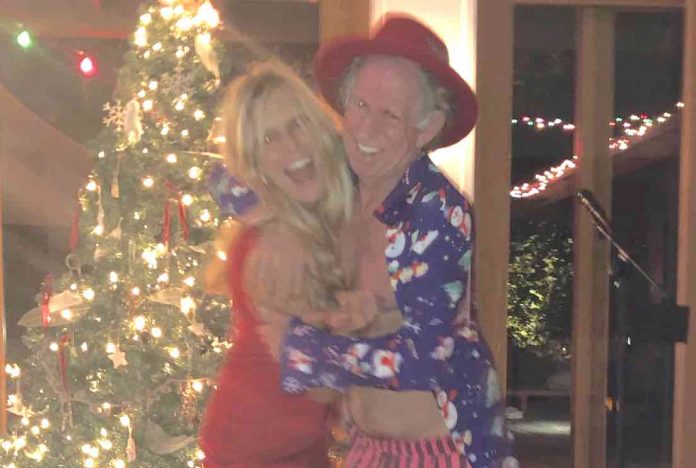 Fans on the Shidoobee forums are speculating on if the Stones will still be going in 2022 for a 60th anniversary tour. Dirty Dreams posted, “I wonder how the landscape is going to look exactly three years from today in the summer of 2022? Do you think the band will still be active? Still doing these mega stadium shows? Will the new album have already hit the top of the charts by July of 2022? Will the Stones finally set a retirement date if they are still rolling in 2022?

When you think how quickly the last three years have rolled by it’s hard not to look forward to the possibility of a 60th anniversary celebration. I mean, it’s right at our doorstep. But how will things have changed by then?

I am very curious as to how you all see this thing playing out over the next three years.”

Keith Richards’ daughter revealed a bizarre Prince photo a few days ago. He added, “My guess is that Mick is already zeroing in on this date. The question becomes what gives the band the best opportunity to reach this historic achievement? Do they take a break for a year or two after this tour or keep right on going right through to the 60th?

It’s possible that Mick may want to push forward with these mega stadium tours for three more years, through the 60th anniversary. My feeling is that they should slow things down a bit with the touring and devote more time to the new album. I wouldn’t mind them not touring next summer if it meant they would be spending the time they would have been touring in the studio working on the new album.

All that really matters now is choosing the best way possible to close the show. New music is essential for the best possible ending. That is a given.” Jimmy Page revealed a photo of an alleged The Rolling Stones pedophile a few days ago.