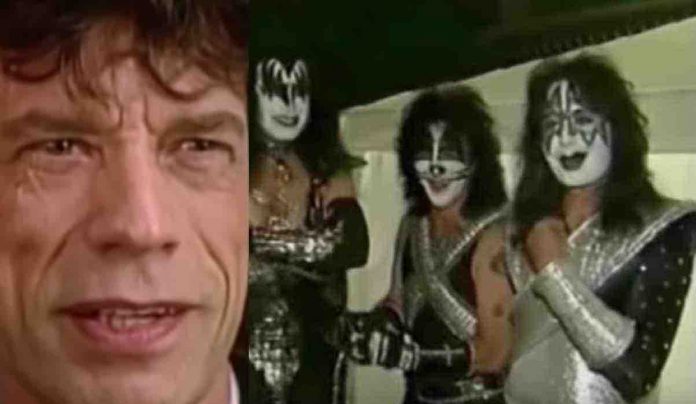 Frehley said, “I remember when Satisfaction came out when I was a kid, and I’ve had a love affair with the Stones ever since. Over the course of my career I’ve covered a couple of Stones songs.

Mick Jagger’s range is kind of limited, and a lot of times he talks his way through songs, so they’re easy for me to sing, since I don’t consider myself a real lead vocalist. I sang on the Kiss version of 2000 Man, from the Dynasty album. We had some fun with it, and I kind of made that song my own.”

Mick Jagger considering hiring a new The Rolling Stones drummer was recently revealed. DMay wrote on IORR.org recently about The Rolling Stones working as a team, “Caught this in my local newspaper. It’s from a weekly syndicated column written by a business owner named Harvey Mackay. This week’s article was about teamwork and at the end he cites the boys.

‘On the website of Scoro, the software business service, Merily Leis offers a fascinating example of teamwork: The Rolling Stones.

Each of the band’s members is a talent in his own right, but it is the chemistry the band has with each of them that works best’, Leis writes. ‘Being part of the Rolling Stones remains the best way for each member to achieve their individual goals.

Mackay’s Moral: Teams work best when they are in tune with each other.’ Your thoughts?”

DCBA responded, “I don’t think Keef ever had one business-oriented idea (or bad ones like “hey stadiums suck, let’s play small venues”).

Mick alone manages the band on all non-musical aspects and I don’t think any other band member has to complain about him… (except travelling to the seediest part of the Paris suburbs to reach their rehearsal HQ in 2012 and 2014!).

Keith: ‘hey Ron look! I think I saw a tree among the concrete rubbles! Yeah near the railroad track!'”

You can read the full Ace Frehley piece at Louder Sound.