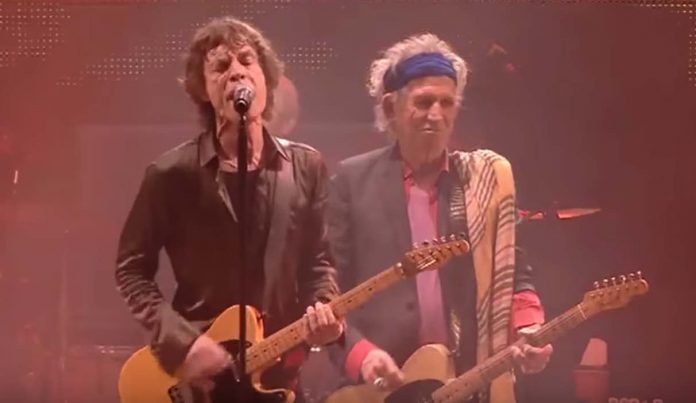 Mick Jagger and The Rolling Stones considering having to hire a temporary Charlie Watts replacement in 2005 was just discussed on IORR.org. Def Leppard just revealed a ‘nasty’ Mick Jagger secret.

UKCal posted, “Just seen this on another thread, about trying hard to keep Bill but not MT. Anyway the Charlie thing is some thing I have not seen talked/written about before

Would Steve Jordan (Keith), Simon Phillips (Mick) or Kenny Jones (Ronnie) drummers have been considered or would they be bold as brass and nick Ringo’s son Zak from the Who? Hell Ringo himself but he is older than Sir Charlie!

see below: from the Joker and Rocky Dijon. Some of the passive-aggressive behavior is their personality and some of it is because the band is a business and they don’t view it the way fans do. They were ready to replace Charlie if need be for A BIGGER BANG album and tour. Dylan mentioned at the time that his longtime drummer George Recile might have to tour with The Stones.”

TornAndFried responded, “I emailed (former road manager) Alan Dunn and asked him. His reply was ‘rubbish.'”

Ricky Dijon chimed in, “Sorry, guys. When I look back on 2004 and see Mick and Keith soldiering on with writing and demoing A BIGGER BANG; I never once think if Charlie didn’t pull through they would have told Virgin Records, “I’m sorry we can’t deliver an album after all” and they would have told Michael Cohl, “I’m sorry, but the huge world tour you put together is off.”

Remember what they did when Ronnie needed rehab before BRIDGES TO BABYLON? They brought in Waddy and cut most of the album without him and then when Ronnie was well enough, they let him replace some of Waddy’s parts. Had Ronnie not been tour-ready, do you think they would have changed plans at the eleventh hour? Scrapped the album and world tour?

I think it’s nice you believe in sentimentality. You probably believe it was Stu’s band to the bitter end and they considered him a Rolling Stone even though there are albums where he played no piano at all. He was a sideman. A friend from the start who worked for them in an important capacity and was allowed to sit in when he and they thought it made sense. Fans respond to Keith’s sentimental view of Stu. Look honestly at what he contributed after 1965 and you’ll see it’s precious little. He was surpassed by Nicky, Billy, Mac, and even Chuck as far as recording and touring.

Ronnie would have been gone if he couldn’t cut it. No matter what they may say, I don’t believe they would have walked away from A BIGGER BANG album-in-progress and the tour Cohl had packaged for them if Charlie couldn’t make it. Again, it’s nice so many of you think so. I’m more cynical.” Mick Jagger recently revealed if he’s retiring in 2020.