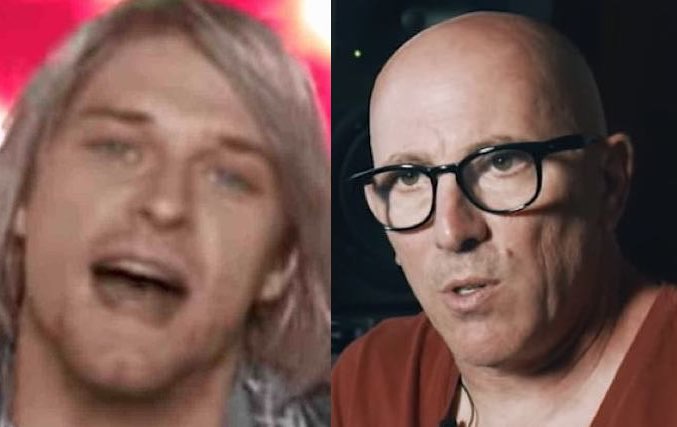 Maynard James Keenan is a happy man with the new Tool album Fear Inoculum finally being released, but a new Visions magazine article reveals that late Nirvana frontman Kurt Cobain reportedly threatened to encourage the Quay Brothers to sue Maynard and Tool over their music videos. Tool were accused of ‘fraud’ on their North American tour earlier this week.

The German magazine article states, “When you watch the products of the filmmakers and stop motion artists you’ll see the similarities to earlier Tool videos. The twins shaped the visual side of Tool, especially during the times of Undertow, Aenima and Lateralus. It’s said that Kurt Cobain even said that he hopes the Quay Brothers sue Tool as their videos are so insanely similar to the work of the brothers. Maybe there was a little jealousy involved though, as he was hoping that they do a video for him as they’ve done for Peter Gabriel’s Sledgehammer.” Dave Grohl made a gross Kurt Cobain bathroom claim recently.

Tool bassist Justin Chancellor said about listening to music in the piece, “You know, sometimes hearing certain music makes you happy, and sometimes it doesn’t. Imagine real quick that you played the same tune a thousand times, discussed it, reworked it. You don’t really wanna hear that music in your first free minute in years. And especially music you’re about to release to the world. You’re unsure, insecure and you think to those moments where you argued to death about parts of it.

And then you ask yourself if it would’ve been better if they sounded differently. It’s hard to leave those thoughts behind and listen to music as an outsider. But these moments exist. They’re rare but truly beautiful. You just kinda trip over your own record and suddenly… it’s really nice. In the end I’m really happy with the record. Really, truly happy.” Howard Stern called out new Tool album rejection a few days ago.