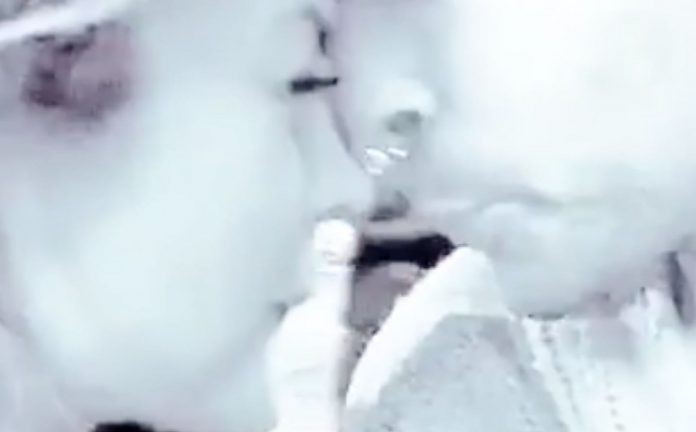 Kurt Cobain and Courtney Love’s daughter Frances Bean Cobain filmed a video where she kisses (or tries to kiss) her good friend, Goldenvoice festival talent manager Paul James Acerno. She said, “We’re so weird. It’s the greatest, I love you.” She also wrote, “Happy birthday PJ Acerno. I’m so happy you were born.”

Frances Bean Cobain is a big proponent of the LGBTQ community, she even revealed what she wants from a famous lesbian actress, and BlueRedditDragon discussed her father’s support of the community in a new Reddit post.

“Just wondering, of course this is speculation, no one really knows, but does anyone think possibly Kurt Cobain had gender dysphoria?

I’ve heard a lot of people argue against this and just say he’s a cross dresser and liked to piss off crowds. Regardless if you look at some of his quotes and what he claimed to stand for, it seemed like he wanted to just be accepted, and anyone that hates him for it he had no problem trying to aggravate further.

Not to mention the amount of symbolism l, with the baby and mother, fetus’, which I know were just something he liked in general but this could also be a clue and the fact he seemed to have a disliking to the stereotypical bravado male that society pushed forward.”

Kurt Cobain’s widow revealed an alleged pedophile secret a couple of weeks ago, BiFemboyLover responded, “No, I don’t think he had disphoria. Hes judt a cross dresser that likes to piss off crowds that are against freedom of expression. He wouldve atleast told anyone if he was feeling that way and whoever he told wouldve made that public by now. Just cover art isnt enough evidence.”

R_Beau said, “No way. Kurt was a staunch male feminist who had no problem showing his feminine side. He was obsessed with anatomy early on when he got his Invisible Man model. He wore dresses to piss people off or to goof around. I think you’re looking too deeply into something that isn’t there.” Frances Bean Cobain made a brutal bedroom revelation yesterday.