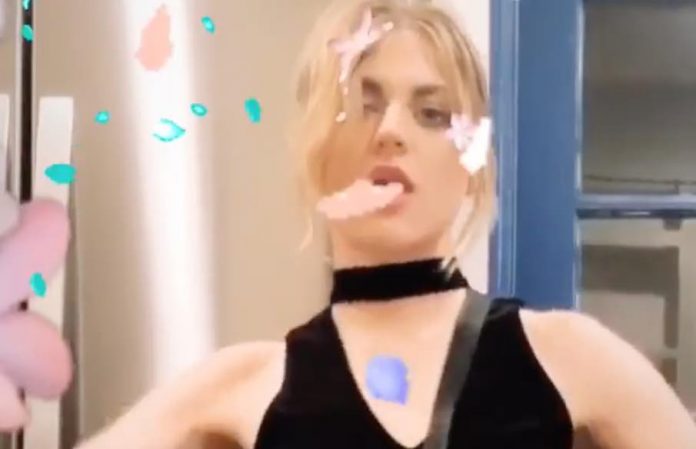 She wrote in the caption to a Halloween photo, “Zoolander & The Green Fairy search for Jodie Foster: A series.”

Speaking of Hollywood and Nirvana, there has been talk of a Kurt Cobain biopic for years, and a user named Johnteki on the Nirvana Reddit has proposed an interesting idea for a film.

They wrote, “A huge Nirvana fan (around 45) wakes up today (01/10/19) and finds a weird ticket for ‘Nirvana’s Unplugged – 25 years later – A unique reunion of founding members.’ He thinks that he is dreaming.. Then, his son comes out of his room and announce him that he bought this ticket for them, as a present.

He soon realized that he woke up in a parallel universe where Kurt did not commit suicide. ** The owner of the Gun shop recognized Kurt and instead of selling him bullets, he called Love!

How do you think this universe could be? 1. Dave starting to right his own songs and soon get kicked out of Nirvana? 2. Kurt would like to continue as a solo artist? 3. They keep making music together? 4. …”

Howard Stern took a brutal shot at Kurt Cobain a few days ago. morrisonlikessamoyed responded, “I remember reading somewhere that Kurt wanted to take a break from music to concentrate on his artwork. Idk maybe he would’ve found joy in his art and would’ve become an artist (with a canvas and brush).

Or he would continue making music. I doubt that Nirvana would still be an active band though (at least not the type of band that Nirvana was).

He often said something he didn’t mean and meant something he didn’t say :p which is normal. No one is so sure of something and all said and done he was only young. People change as they grow. So do their art, action and beliefs.” Kurt Cobain’s widow revealed an alleged pedophile secret last week.