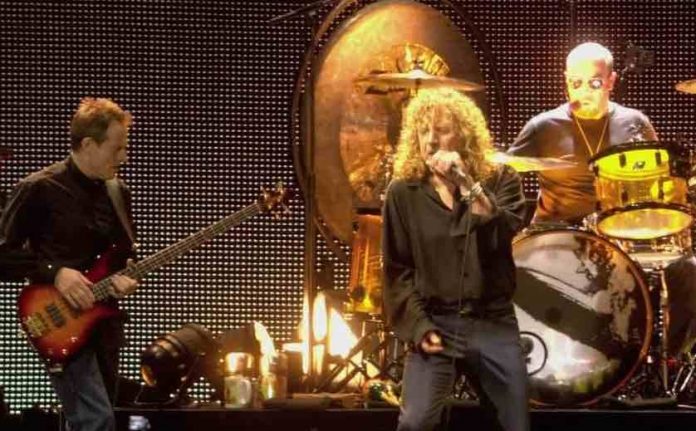 Led Zeppelin reunion shows drummer Jason Bonham has revealed that he was left far less money than people would think by his late father John Bonham in his will, as the United Kingdom government took 3/4 of his estate. He said he bought a BMW after his dad’s death, which surprised people. John Bonham’s sad final major purchase was revealed yesterday.

“In my neighborhood at that time and where I would go and hang out at the local pub with our friends, I felt pretty good. I felt as if I was doing OK. You have to remember, people don’t understand, I didn’t get left gazillions and millions of dollars. People have this weird thing of like, ‘Well, he was in Led Zeppelin,’ but it was different times, and in England when somebody dies, they take away three-quarters of your estate,” he says. “So I was always fighting that in my head, that people expected me to have something better, or different.”

Robert Plant was stunned by a terrible Led Zeppelin paycheck in a video a few days ago. Bonham lived in Worcestershire until 2004. “I was just turning 40 when I came to America the first time to live. We lived very simply [in England]: station wagons, diesel cars once the kids came along—got to get the kids’ seats in the back. Soon as I go to America, it was a whole different game.

When I first moved to America, the first car I bought was a Bentley Continental GT, because my accountant said, ‘That’s a tax deduction,'” he says, with a laugh. “That was greatest thing. I said, ‘I love this country!'” You can read the full Jason Bonham interview at Motor Trend.

Jimmy Page recently wrote on social media, “On this day in 1967, The Yardbirds travelled from Toronto, Canada over the border to the US to play two shows at the Fifth Dimension Club in Ann Arbor, Michigan.

I also performed at the same venue in December 1966; here are a few cool photos with the @Fender Telecaster 🐉.”

“On this day in 1969, Led Zeppelin played the Earl Warren Showgrounds in Santa Barbara, CA- look at this incredible psychedelic poster for the show. Jethro Tull supported us that day and also on a number of dates in the US: I thought they were really good and Ian Anderson is an excellent songwriter.”