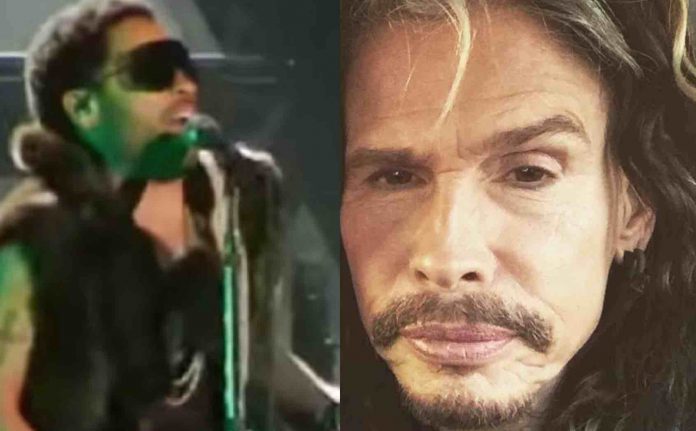 Aerosmith fans discussed drummer Joey Kramer’s own health issues with his ankle on the Aeroforce forums. nevada5 posted, “I’m over 60 and my knee blew up for no reason in May. 4 months later it’s still swollen. You don’t realize until you get this age that it takes forever to recover, and then sometimes you don’t make it all the way back. Plus it depends on genetics and how well you heal, and your outlook. There’s been comments about Steven’s energy level not being what it used to be.

Well, whether it’s down or not, it’s still amazing what he can do at 71. I have a desk job and am worn out by the end of the day. I can’t imagine running around for even 90 minutes (which some have complained about) and keeping your energy and enthusiasm going. It still blows my mind. And when I have seen them the 4 times this year, I have always felt the excitement and the energy flowing out to the audience.” An Aerosmith member revealed earlier this week how Steven Tyler is losing his vocal range.

VoodooMedicineMan wrote, “Yea, I’m sure the time-frame for Joey’s recovery is tough to predict, and that’s why they aren’t giving many updates. After he had his ankle injury they probably hoped he could suck it up and play with a few days rest, but then realized that wouldn’t be the case. He needs a high level of dexterity in his ankles to drum at an elite level, so it’s more then just fighting through the pain or removing the boot and being able to limp to his drum kit.” Steven Tyler allegedly stealing a man’s girlfriend was revealed on The Howard Stern Show recently.