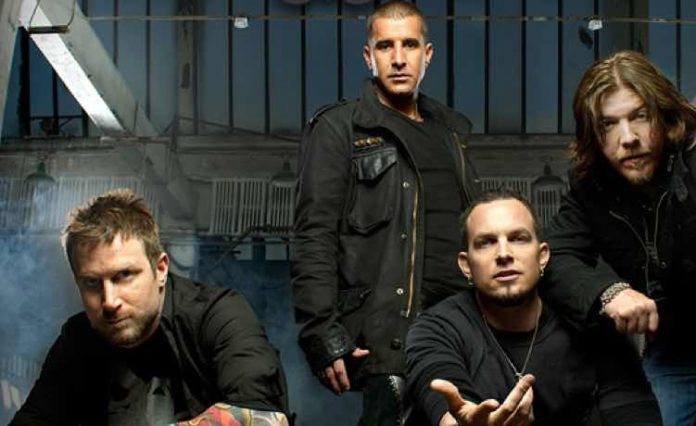 The former Creed guitarist Mark Tremonti recently spoke about a possible Creed Reunion. It was noted a couple of years ago that Creed had updated its Facebook profile with an old photo, igniting rumors of the multi-platinum act’s imminent return.

Mark, who is promoting his upcoming album of Frank Sinatra covers titled “Tremonti Sings Sinatra”, discussed the chances of a Creed comeback during a new interview with Ghost Cult magazine. During the interview, he was asked about the possibility of a Creed reunion and Mark said the following:

“You never know. It’s just one of those things where whenever it comes up, either our camp or [Creed singer] Scott [Stapp] has something going on at the moment. So our stars have to align. In fact, right now if a promoter said, ‘Hey, we wanna do a huge Creed tour,’ I’d have to bypass all the stuff we’re working on at the moment. So we just have to wait till the time is right.”

Creed was disbanded in 2004 but reunited five years later for the aforementioned “Full Circle“ LP and an extensive tour.

This is not the first time he spoke about the possible reunion. In 2019, Tremonti said in an interview on Jamey Jasta’s podcast that he was sitting on an album’s worth of material for Creed .

He was asked whether Creed could reunite again and Tremonti had said, “People say, ‘Is it done? Is it over? Is there new music coming out?’ I’m sitting on an entire Creed album… When we were together doing the reunion tour, we put a lot of music together and I have like really sketchy little demos of probably 13 songs. I listened to them maybe a year ago and they’re good songs.”

Tremonti added: “It’s just, there’s no time. Is it good enough for me to put everything on the back burner that I’ve been working on for the past 14 years? No. Is it good enough to maybe 10 years from now or seven years from now… or some big resurgence happens or there’s an anniversary where everybody’s like, ‘We want to see Creed and the world demands it like they used to.’ I wouldn’t say no.”