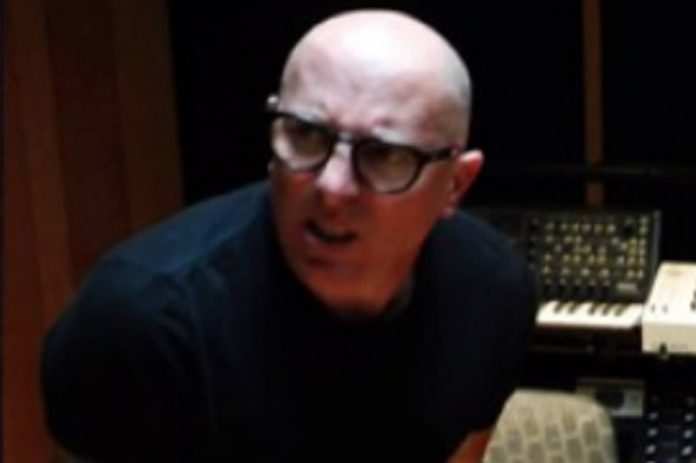 Tool frontman Maynard James Keenan referred to himself as ‘chubby’ and ‘grandpa’ in a new interview. We think Maynard looks pretty good for 55 years old! A surprising Robert Plant and Tool photo with the new Tool album set for release soon surfaced yesterday.

Keenan told Revolver when asked about his stage outfits, “You wanna make sure form follows function. There’s things I need to be functional at my age. You don’t wanna see a chubby 55-year old running around in his underwear. That’s just f**kin’ gross. So the blue paint is out. You don’t wanna see grandpa in blue paint. That’s just – come on, don’t do that. Like when you see grandpa at the beach with his marble bag? Nah. So you gotta come up with the clown outfit that finds that balance, the happy medium.”

Maynard James Keenan unloaded on new Tool album backlash in a new interview. Alex Grey, who has worked with Tool, has revealed that the new Tool album art for Fear Inoculum revealed yesterday isn’t the fully completed cover. He was asked by a fan, “Is this the album artwork or artwork for the single? I wasn’t too clear…” Grey responded, “Part of both.” A fan said, “You should’ve done the art. I love Tool. But that logo is wack.” Grey responded, “Just wait you will see.”

I’m glad they’re changing it up, personally (assuming they really are). I’m ready for something new/different than what we’ve seen from Grey for them in the past.

sin-eater82 commented on Reddit, “I love Alex’s work with them. But I also love a lot of what Cam did as well. If the guy I think did this did in fact do it, he’s got some really interesting work as well (he did the visuals for Descending used on tour… something like 10 or so animations the last he officially commented on it), And it’s as much not Alex as Alex wasn’t Cam.

So I’m curious. Shit, maybe that guy and Alex collaborated on it, IDK. But I welcome a new art direction personally. Even if it’s something new and different from Alex, that’s cool. I’m just kinda over the sacred mirrors type stuff.”

Tool are set to release the title track and pre-order information for Fear Inoculum on Wednesday.