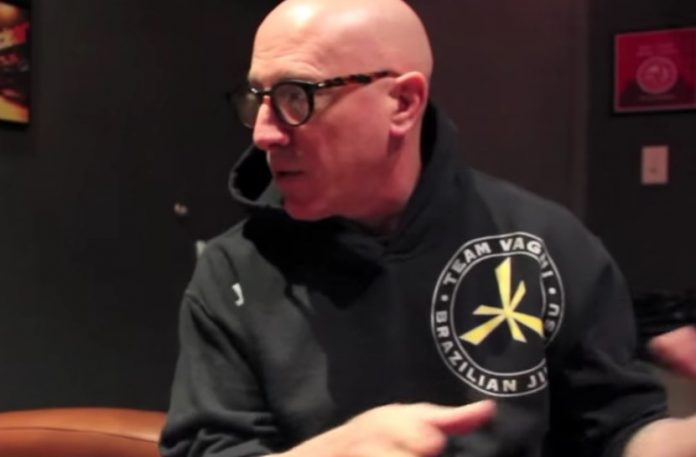 Tool frontman Maynard James Keenan was featured on BBC Radio 1’s Rock Show with Daniel P. Carter. During the show, Keenan called out ‘paranoid’ Tool bandmates yesterday among other topics and things including discussing the control freak nature of members of Tool, possibly including himself, and the role of big corporations like iTunes and Amazon in today’s music environment. Alternative Nation transcribed Carter and Kennan’s comments. The first new Tool album Fear Inoculum music video was finally revealed last week.

Carter: Is that currently a worry then because as we have discussed and I won’t get into it too much, but all of it sudden it feels like, and please don’t take this as a slight but it feels like now Tool is suddenly, it’s like: “Welcome to 2019.”

Carter: Yeah, I had trumpets.

Carter: Yeah but it’s like a beautiful thing, you know?

Maynard James Keenan: I agree, you know? I think part of the hard part with bands like ours that want to control every element of everything – they forget that all you needed to control was the writing and the recording. Once that thing is done let other people do what they do with it. You know, iTunes is just another records store, Amazon Music is just another record store, everything you did is done, you did it.

The good thing is because of the resurgence of vinyl and because of the tenacity of the small mom and pop stores that were existing within their means – they still exist, they weren’t greedy. The larger rack stores, the Virgin megastores, the Tower Records, eh, of course, they’re gone. That’s not sustainable.