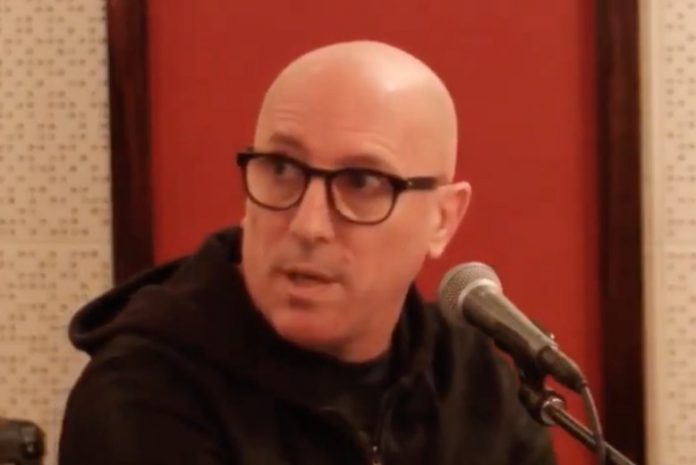 Maynard James Keenan: I think a lot of it is just the age where you want it to be right. We’ve had some success in the past and the fear of this [album] coming out and not being accepted, the fear that it’s not as good as it can be – that can be detrimentally crippling.

Maynard James Keenan: You know, probably, and if I haven’t flunked out of psychology 101 I would have to say: “Well yeah, that’s why it would take thirteen years to write something.”  Because you’re paranoid that it’s not going to be the best it can be, and then you second guess every single step you make. When it was good enough, actually I shouldn’t say ‘good enough,’ when it was fantastic eight years ago, but then the crippling second-guessing of yourself sets in, and that psychiatry, that spiral you get in, can be extremely daunting and you can not even feel it happening. All of a sudden you just wake up and it’s thirteen years later.

Maynard James Keenan: The hard part is accepting the fact that maybe you’re not as nearly as important as you think you are. You should probably just get on with that.

After great new Tool album preorder numbers, Fear Inoculum is projected to sell between 240,000 and 260,000 equivalent album units in its first week of release, with between 220,000 and 240,000 traditional album sales. They could knock off Taylor Swift’s Lover at number 1 on the Billboard 200. Tool’s numbers are some of the strongest in hard rock in years, even beating numbers from Foo Fighters.